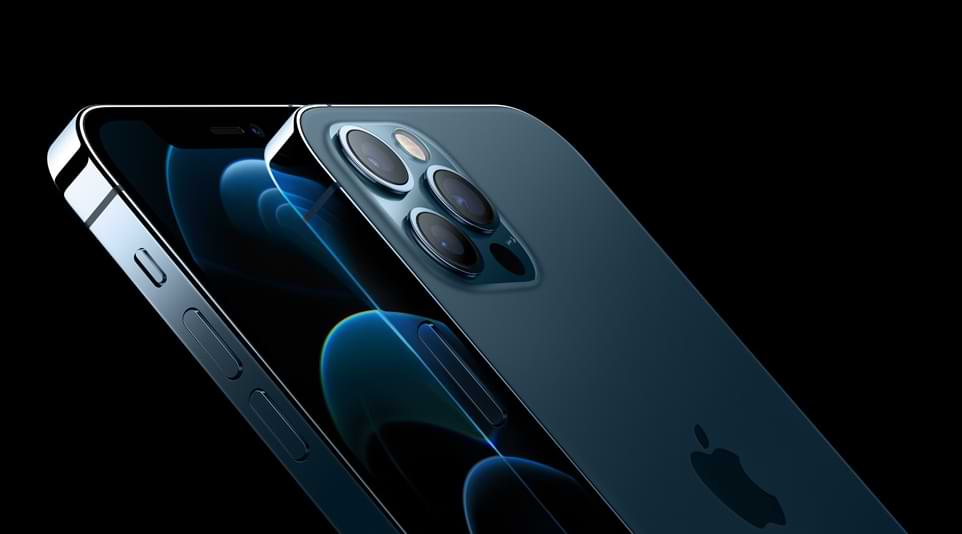 Both phones support 5G networks and introduce new designs, one of the many advantages that differentiate them from predecessor models.

Even so, the two iPhone 12 Pro phones are equipped with a thin frame to make it less bulky and comfortable to hold.

The iPhone 12 Pro and iPhone 12 Pro Max are equipped with a Super Retina XDR OLED panel display, carry a 60 Hz refresh rate, and support up to 1200 nits of brightness.

Apple secured the screens of both of its flagship phones with the Ceramic Shield, which can provide up to four times the drop protection offered by the previous generation.

The iPhone 12 Pro and iPhone 12 Pro Max introduce a new design, covered in a flat stainless steel frame and glass on the back of the phone.

It reminds me of the iPhone 4, but with a different finish that makes it look more elegant. Both phones are available in Gold, Gray, Silver, and Pacific Blue colors.

The iPhone 12 Pro and 12 Pro Max are also powered by the A14 Bionic processor, which was first introduced on the iPad Air last month.

It’s built on a 5nm process, features a six-core CPU and four-core GPU, and promises up to 50% faster performance than competing phones can offer.

iPhone 12 Pro and Pro Max offer the same triple camera system, including a 12 MP wide, telephoto, and ultrawide lens. The wide lens of the iPhone 12 Pro has an aperture of f / 1.6, offering a performance increase of up to 27% in taking pictures in low light. It carries a focal length of 52mm and offers a 4x optical zoom.

Apple also introduced the Apple ProRAW feature which will be available for the iPhone 12 Pro and Pro Max before the end of this year.

It allows users to take RAW images using the built-in application, and edit RAW images with the help of Deep Fusion and Smart HDR technology.

Like the iPhone 12 and 12 mini, the iPhone 12 Pro and Pro Max also support MagSafe, a wireless charging technology that makes use of magnets to make the process easier.

Both phones support MagSafe chargers and accessories, including cases, charging mats, and a wallet that can be attached to the phone using magnets.

Apple also won’t include a charging adapter and Earpods in the box for the second iPhone 12 Pro phone. This was done by Apple to reduce carbon emissions, as part of its efforts to protect the environment. Both iPhone 12 Pro phones will be available in 128GB, 256GB, and 512GB storage options.