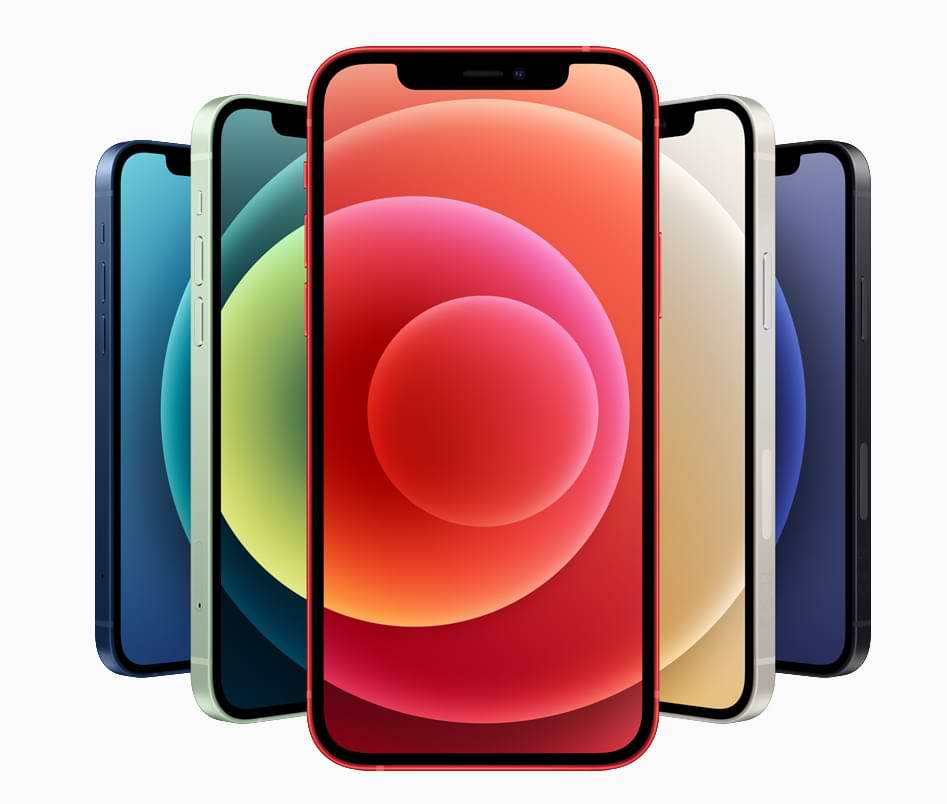 Apple officially announced a series of iPhone 12 phones through a virtual event that was held last night. iPhone 12 and iPhone 12 mini-feature improved specs, new designs with flatter edges, and bodies that are thinner and lighter than predecessor models.

The iPhone 12 sports a Super Retina XDR OLED display, a big improvement from the previous model which was only equipped with an LCD screen.

Apple protects the screen on the iPhone 12 with Ceramic Shield glass, which was built in collaboration with Corning.

Apple explained that the Ceramic Shield can provide up to four times the drop protection compared to the previous generation, thanks to the nano-ceramic crystals contained in the glass.

It promises speeds of up to 4 Gbps and can be disabled automatically when there is no speed increase to save battery power.

Apple powers the iPhone 12 with the A14 Bionic processor. It features a six-core CPU and a four-core GPU, each promising up to 50% faster performance than competing phones.

Apple also equipped the A14 Bionic with a 16-core Neural Engine, which makes it 80% faster than what was offered on its predecessor processors.

For the first time on an iPhone, Apple introduced MagSafe technology which allows wireless charging up to 15 W, and makes the process easier with magnets.

Apple also introduced dual wireless chargers with MagSafe technology, which can charge both iPhone and Apple Watch at the same time.

The iPhone 12 mini is Apple’s first mobile phone to use the affix “mini” in its name. It carries the same specifications and design as the iPhone 12 offers, but with a smaller screen and body. The iPhone 12 mini sports a 5.4-inch display to make it easier to hold.

Both phones will be available in a variety of attractive color choices, including Blue, Green, Black, White, and Product Red.

Also, note that Apple will not include charging adapters and Earpods in the packaging for the purchase of the iPhone 12. Apart from being smaller and lighter, this is also an effort to reduce carbon emissions, which are estimated to reduce more than two million metric tons. carbon emissions every year.