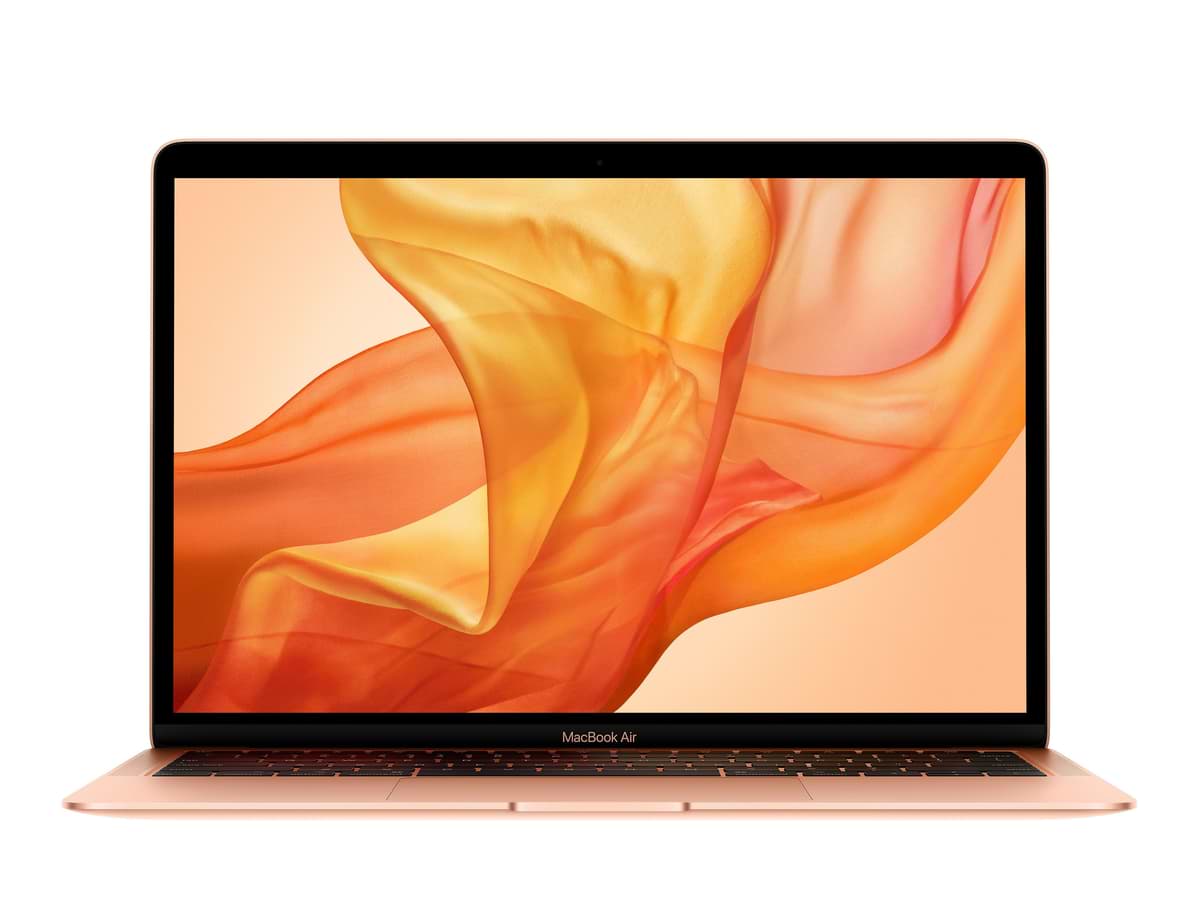 The MacBook Air was upgraded on Wednesday (18). The Apple released a notebook model with more powerful internal components, twice the internal storage, a new version of Magic Keyboard and surprisingly a lower price: $ 999 US.

Apple promises that the new MacBook Air offers twice as fast CPU performance and up to 80% better graphics performance. Storage options range from 256 GB to 2 TB (paying an additional $ 800).

The MacBook Air now features the new Magic Keyboard, the same as the 16-inch MacBook Pro, with a redesigned mechanism with 1mm essential travel.

With unibody design, made of 100% recycled aluminium, the notebook comes in three finishes – gold, silver and space grey. The screen is a 13-inch Retina. 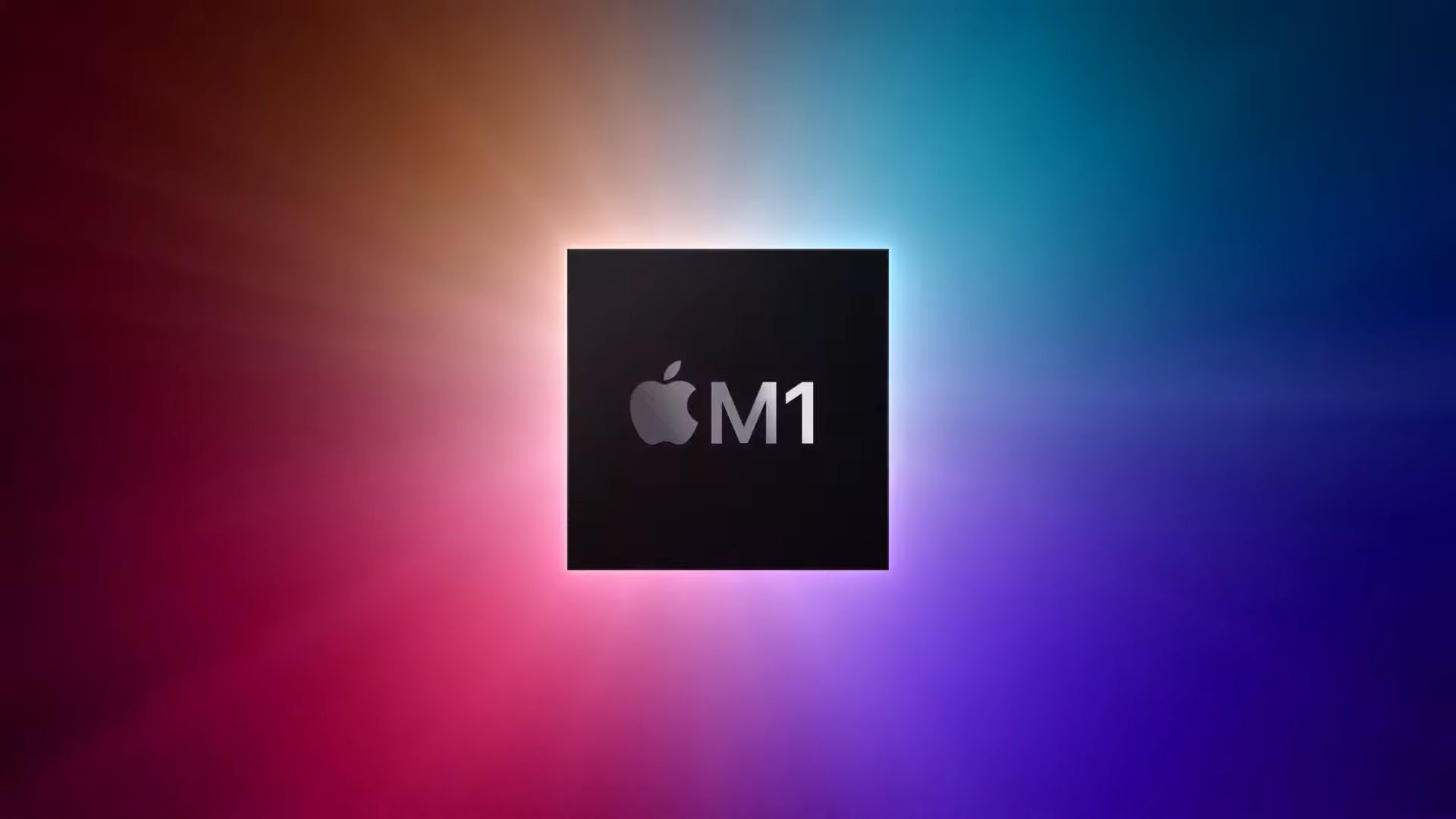 After rumors about Apple’s new laptop, namely the MacBookPro, circulated on the internet, Apple through the Apple Event which was held on November 11, 2020, early this morning, announced two new laptops, one of which is the MacBook Pro.

It is known that the 13-inch MacBook Pro released today by Apple brings big improvements in durability and performance. This is because users of the ARM-based Apple M1 chipset were developed with a 5nm fabrication.

Just like the one used in the new MacBook Air, it is known that the Apple M1 chipset still has 8 CPU cores and 8 GPUs. For MacBook Pro, Apple said that the laptop has a 2.8x higher performance than the previous MacBook Pro series.

Apple also claims that with its M1 chipset, MacBook Pro users will be able to use various software such as Final Cut Pro and 3D software such as Blender or even Cinema4D 5.9x more smoothly than its predecessor.

Also Read: This Concept Render iMac 2021 with New Apple Silicon Processor Like This

In addition, this laptop can also compile four times faster, making this laptop very suitable for programming purposes. In terms of design, this laptop doesn’t seem to have made any changes at all.

Like This Concept Rendering iMac 2021 with New Apple Silicon Processor

On November 11, 2020, Apple will soon hold an event titled Apple Event which will be Apple’s third event in 2020. At the event, it was discovered that Apple would later announce a new product that fans were waiting for.

Although Apple itself has not confirmed the products that they will announce later, many people predict that what Apple will announce at the event is the iMac 2021 which comes with an ARM-based Apple Silicon processor.

“The screen size has increased from 21.5 inches to 24 inches and from 27 inches to 32 inches. Models with smaller screens can still deliver 4 / 5K resolution and the largest models deliver 6K resolutions like the Pro Display XDR monitor,” wrote svetapple. sk.

In addition, there is no longer the Apple logo, which is usually found at the bottom of the iMac bezel. Of course, this design has received many positive comments from Apple fans who are also interested in buying the iMac 2021 to see the performance of the Apple Silicon processor .

Based on rumors, it is known that Apple’s newest iMac 2021 will only be marketed in the first half of 2021. But there is no information regarding the price offered by Apple for its new PC. 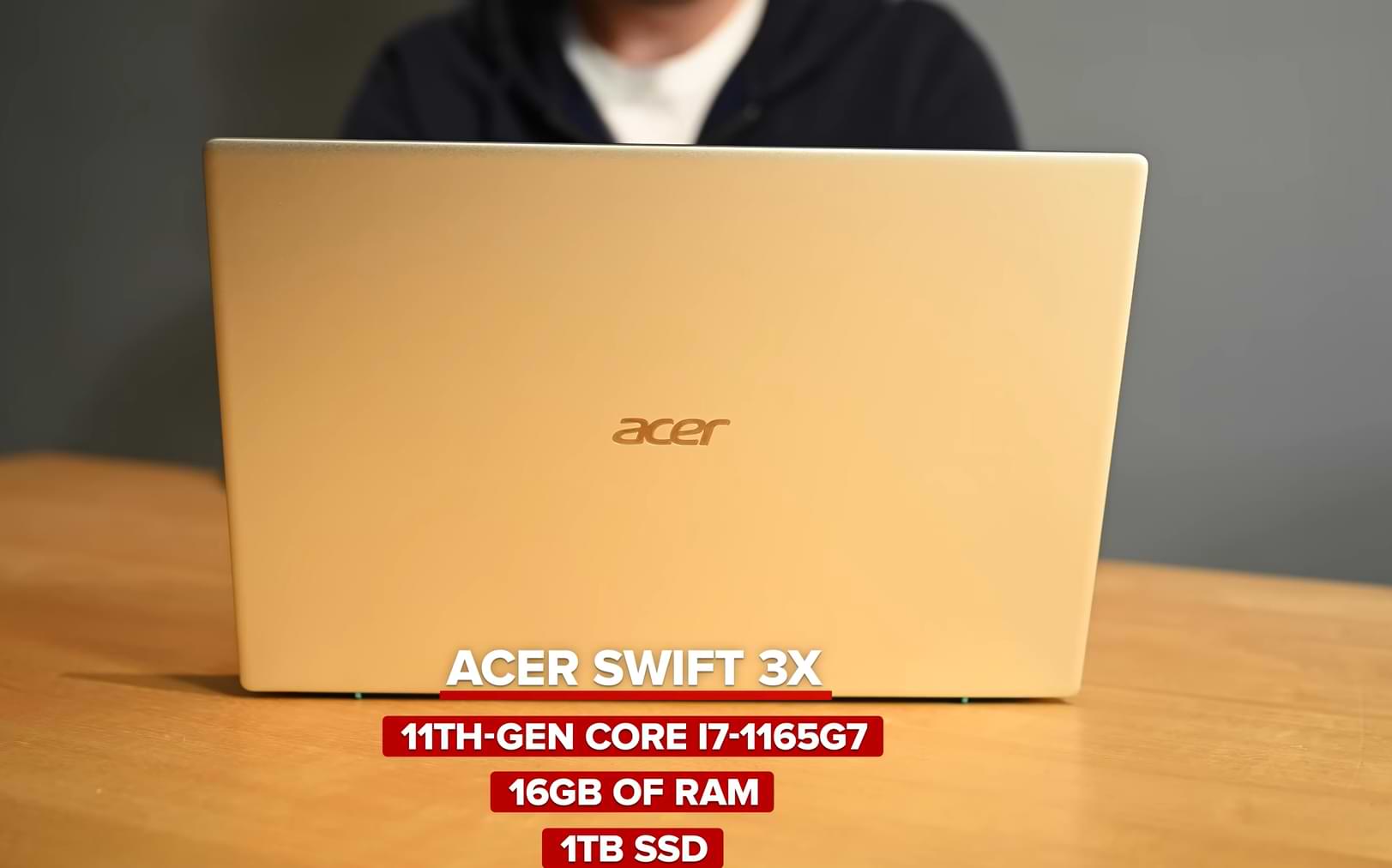 Amultinational electronics company based in Taiwan, Acer recently held an online product release event, titled ‘ Next @ Acer 2020’. The event was broadcast online, aired on Acer’s official YouTube channel. In addition to a variety of laptops, a new line that focuses on home air cleanliness was introduced.

For its own line of consumer laptops, Acer is updating all lines that are commonly known by consumers, with the latest processors from Intel, the 11th generation Tiger Lake. The line introduced was the Acer Aspire 5, Swift 3x, Spin 3 & Spin 5 . Each of them certainly has different advantages, with conventional clamshell models and 360-degree folding systems.

In a release on its official website, Acer wants to present an ultra-portable laptop with a more attractive design, and of course high performance through the 11th generation Intel Core and Intel Iris X graphics. For a thin laptop variant, this year Acer is preparing the Acer Swift 3X. There is no longer any limitation that a th…

The Swift 3 series has always been known for its sleek, yet powerful designs. Targeted at creative and professional circles, the Acer Swift 3X weighs just 1.37 kilograms. The screen measures 14 inches with a thin bezel, has full HD resolution with an IPS panel, covers 72% NTSC colors. Ports and connectivity are also complete, including USB C, Thunderbolt 4 & USB A 3.2 Gen 2.

Acer also provides a dedicated graphics option, Intel Iris Xe Max for more intensive use on the Acer Swift 3X, which is claimed to beat the NVIDIA MX450 GPU. which is quite great is the claim of battery endurance, up to 17.5 hours of use. Fast charging technology is also present in this thin laptop, capable of being used for up to 4 hours in just 30 minutes.

Available in Steam Blue and Safari Gold color options, Acer provides two configuration options for the Acer Swift 3X. The mid-range series comes with Core i5, 8GB RAM and 512GB SSD. Then there is the highest variant with Core i7-1165G7, 16GB RAM and 1TB SSD.

Meanwhile, for consumers who want a convertible laptop with a 3: 2 ratio 13.2-inch touch screen, the Acer Spin 5 series has won the 2020 Red Dot Design Award. This laptop is only 14.9mm thin, weighs 1.2kg and a hinge that makes the screen. can be rotated 360 degrees. The bezel has been reduced by 18%, giving it an 80% screen-to-body ratio.

Both the screen panel and touchpad have been coated with Antimicrobial, to make it more relevant in situations where we must avoid viruses. This laptop comes with 11th generation Intel processor options to Core i7, and also supports Acer Active Stylus with technology from Wacom. The battery life is also quite long, up to 15 hours.

For those who want smaller dimensions, the Acer Spin 3 is also presented with a 13: 3 inch screen with a 16:10 ratio. However, this version does not come with additional GPU options, so if you want an NVIDIA MX450 GPU, you can look at the Spin 5. With a touch screen that supports stylus pressures up to 4096 levels, Spin 3 is dedicated to small laptops that can be converted into tablets.

For consumers who want a more affordable standard laptop, the Acer Aspire 5 is updated with a variety of attractive color choices. Comes with Intel Iris Xe and NVIDIA GeForce MX450 graphics options, the RAM capacity supports up to 24GB DDR4. Consumers can choose from the Intel Core i3-1115G4, i5-1135G7 or i7-1165G7 variants. While the screen dimensions vary, starting from 14 inches, 15.6 inches to 17.3 inches.

Acer uses a new hinge design, which automatically lifts the bottom when it is opened, so as to increase comfort when typing, making sound output better and optimal air ventilation. The battery life is claimed to be up to 10 hours of use. And for its own weight, the 14-inch variant of the Acer Aspire 5 is less than 1.5kg, aka only 1.45kg.

Oh yes, all the new Acer laptops above already use dual band Intel Wi-Fi 6 (Gig +). Compared to Wi-Fi 5, it can improve connection stability and reduce latency by up to 75%. Acer has also embedded a fingerprint sensor for extra security features on the Aspire 5.

Pricing & Availability Acer Swift 3X, Aspire 5 & Spin Series
For availability, the Acer Aspire 5 and Swift 3X will be available first starting November for the EMEA region (Europe, Middle East and Africa), and are already available in China. Meanwhile, Acer Spin 3 & Spin 5 followed 1-2 months later. Acer itself did not provide information on its presence in Asia.

The Acer Aspire 5 certainly comes with the cheapest option, starting at RMB4,499. While the Acer Swift 3X will be sold starting at RMB4,999, and the Acer Spin 5 at RMB6,999. It is reported that some of these new series will also come with the AMD Ryzen option, but this release event focuses on refreshing the entire consumer line with the 11th generation Intel Core.