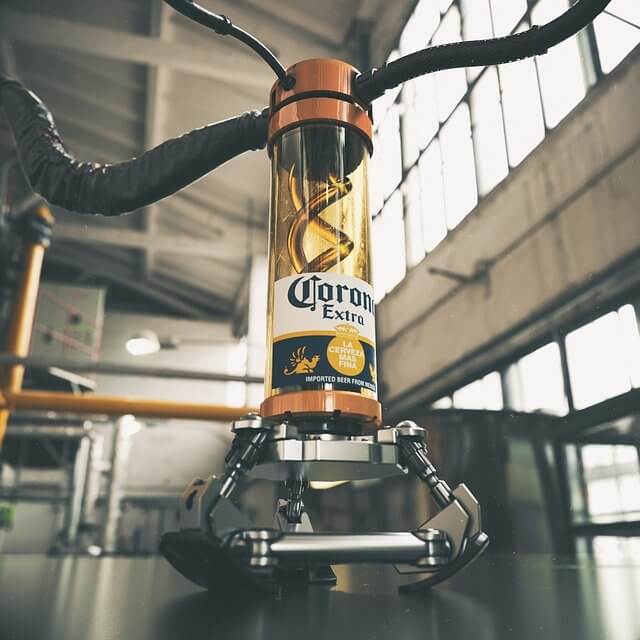 Canadian-based company Medicago, funded by the Pentagon, has announced that it has developed the vaccine for the coronavirus. The company announced that they could produce 10 million vaccines in the coming months if they receive the necessary approvals.

Clark said the virus’s genetic code was developed using a unique method. The company announced that this particular method used should be approved by the American Medicines and Food Administration (FDA).

In general, chicken eggs are used as biological reactors to develop vaccine proteins. However, a large number of eggs are required to implement this method. Vaccine developers are injected into chicken eggs and proceeded by trial and error.

However, this process takes a long time and is quite expensive. At the same time, the process does not always continue as it should. The development of mutations ensures that the vaccine is ineffective.

In the vaccine development process, where plants have been studied for 10 years, the virus is injected into the genetically modified agrobacterium, whose genetic code is fit for purpose. These agrobacteria used in the process are a type of Gram-negative bacteria that cause tumours in the plant.

This bacteria enters the body of a tobacco-like plant after the injection process. The plant, which comes bacteria, begins to produce proteins that will be used in the vaccine. If the protein-producing plant mutates, another plant can be used.

The production of vaccines with plants in this way differs from the process of producing vaccines using chicken eggs, by taking the necessary protein directly from the plant. This makes the process both faster and cheaper.

Medicago’s CEO, Bruce Clark, explained that the coronavirus vaccine was developed in 20 days; at this point, all they need is FDA approval. The company wants to move to the clinical trial phase with permission from the FDA.

Dr. Anthony Fauci, Director of the U.S. National Institute of Allergy and Infectious Diseases, announced yesterday that a company has developed a coronavirus vaccine and may be ready for human testing, without an anonymous name.

Apple Decides To Close Its Stores Worldwide Due To Coronavirus

Google Now Alerts You To Speed Limits In Maps 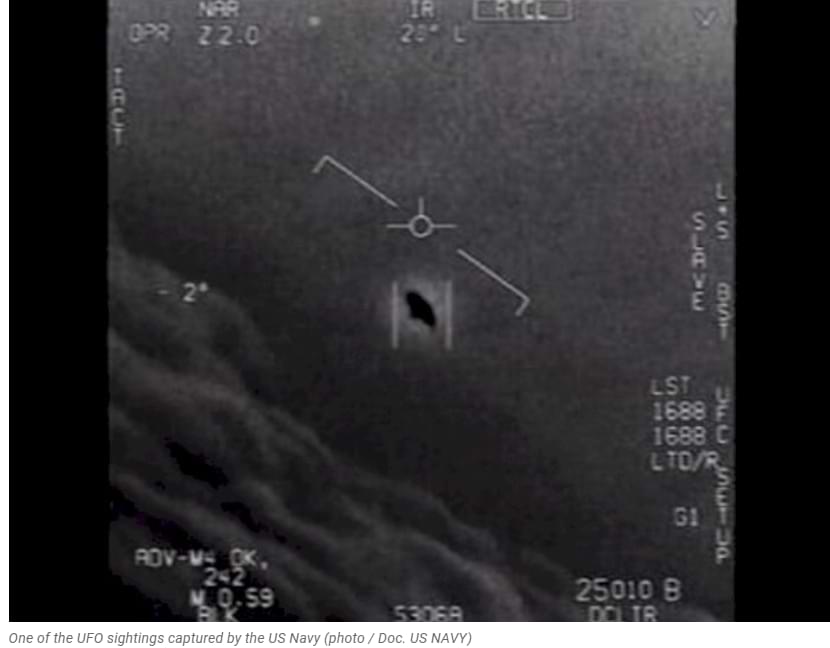 Currently, many UFO sightings have been disclosed by the United States government, some have been proven to be false, but some are still uncertain. The US has also been very strict in investigating these UFOs to date.

Recently, the former director of the Institute of the National Intelligence of the United States, John Ratcliffe, said that in fact there are many other UFO sightings that the US government has kept secret.

It states that the current UFO sightings are only a fraction of those owned by the US government to date. However, it is not known why the US has kept this secret to the public.

“To be honest, there are more sightings than has been disclosed to the public, some of which have also been exposed,” said Ratcliffe.

“Speaking of sightings, what we see are objects with actions that are difficult to explain and cannot be replicated by our current technology. They are seen by the Navy and Air Force,” continued Ratcliffe.

Ratcliffe also admitted that he had wanted to reveal the secrets of the UFO sightings before he left. However, he could not provide a brief explanation to prove the appearance so that it was considered too risky. 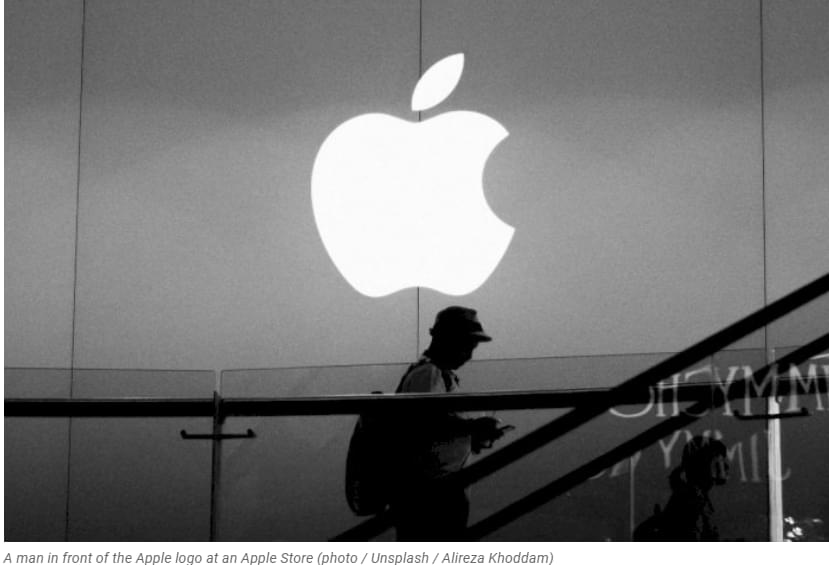 Apple has just decided to reopen all of its offline stores in the US after a year of closure due to the presence of the corona virus pandemic.

As many as 270 Apple Stores across the United States have now opened and visitors can also shop for Apple products and take orders that have been ordered online.

Apple is known to reopen all of its stores in the US because it has seen the number of deaths due to COVID-19 have started to fall.

Even though it has been opened, it is known that Apple will still carry out a system of restrictions and health protocols considering that this pandemic is not yet completely over. It is mandatory for both the customer and the staff.

It is known that all Apple Store visitors are required to wear masks. In addition, the shop must limit the number of visitors who enter the shop so that it does not fill the shop and increase the risk of spreading the virus.

But Apple could just close its shops again if the death rate or transmission from the corona virus increased dramatically again. At least now people in the US can buy Apple products offline. 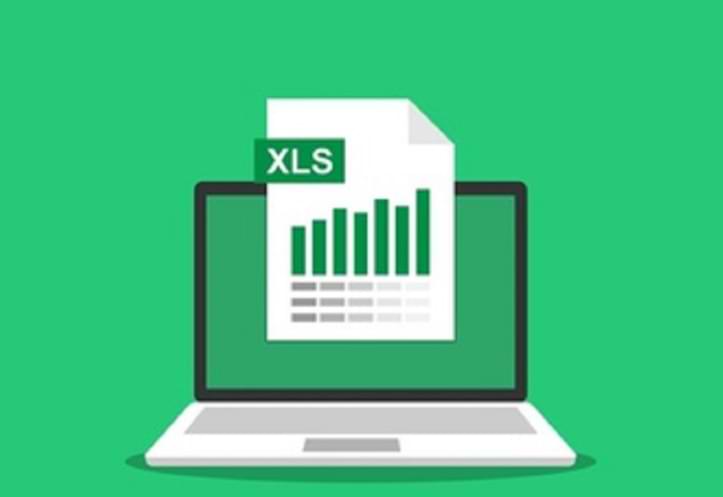 Within Excel there are different functions that are part of the group called ES, which in turn are in charge of checking the value specified by the person and allows correcting if it is true or false, depending on the result it produces. Any of these ES functions can be used to learn more about the input data before performing calculations or other actions.

All these functions are very useful formulas that Excel has, which you can consult the support on the official page that provide enough help for the user, such as ISERROR and ISERR that allow you to know if an error has occurred. That is why it is necessary to know what is the purpose and use of the Excel function ISERROR and ISERR?

The ISERROR function allows you to check if the value is an error and it can return said value to TRUE or FALSE, that is, it will evaluate the value placed in a cell or formula. You can also use this formula informs that you make in Excel.

Whereas the ISERR function is very similar to the one mentioned above, but it only returns TRUE when the evaluated argument is as # N / A. Both functions are formulas that can be used to find out whether or not the data obtained from other sources can throw an error. They can learn to use Excel online easily.

Use of Excel function ISERROR and ISERR

When developing a spreadsheet it is very important to know if an error occurred or not, that is why the use of the Excel function ISERROR and ISERR is of great relevance because with both you can evaluate that and continue working with ease, it is a matter of know the formulas to use and the use of the code function to complement other functions.

The ISERROR function in Excel is one that evaluates the value written in a cell and then indicates whether or not it has an error. It should be noted, after the function performs its verification, it will return the value to TRUE, but in case there is no error, the function will return it to FALSE. This function has two parts.

In the first part, place the formula you want to use, in this case, it is = ISERROR, and add the cell you want to verify. In the second part, you write what you want to do next in case the cell verification fails. The syntax is like this: = ISERROR (value or reference). The value that is written is the one you want to check.

The Excel ISERR function allows you to know if the value of a cell or the result obtained is an error, it also allows you to compare a value against other types of error in the Excel spreadsheet except the # N / A error since will return it with a FALSE value.

Then it goes on to select the function group INFORMATION in the list, where you must click to choose the ISERR function, there you enter the evidence you want and hit the Enter button. The result will automatically be displayed in the selected cell.