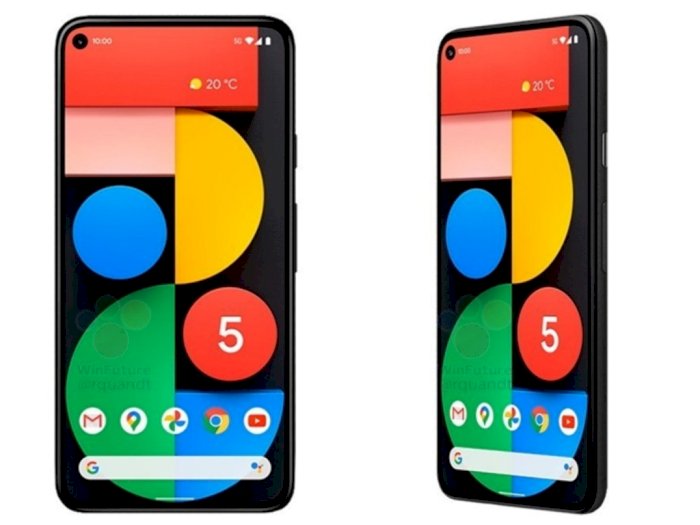 Some time ago, Google Pixel 5 was seen registered in retail in the UK and several countries in Europe. Naturally, this smartphone will be marketed on September 30th. And now, the specifications are the strongest guys!

Google Pixel 5 will later use the Snapdragon 765G chipset and still supports 5G networks. The screen will use a 6 inch OLED with a resolution of 1080×2340 with a refresh rate of 90 Hz and supports HDR. Interestingly, this smartphone has also been planted with Gorilla Glass 6.

The fingerprint sensor will be on the back of the phone. It looks ordinary, but what will surprise you is that the Google Pixel 5 will come with 8GB RAM and the cheapest variant has 128GB of internal storage.

On the back there are two cameras where the main camera has a resolution of 12.2 MP f / 1.7 with PDAF and supports OIS and EIS. The second lens is ultrawide with a resolution of 16MP f / 2.2. For the front, there is a hole punch with an 8MP f / 2.0 camera resolution.

The battery itself is quite a rhino, which is 4,080 mAh with 18W charging and supports wireless charging. But unfortunately, the SIM slot that is given is only one slot.

The Google Pixel 5 is also IP68 certified and the chassis is 100% recycled aluminum. Of course, later this smartphone will support Android 11. For the price issue, the possibility of a release in the American market is around the US $ 599 – US $ 629.