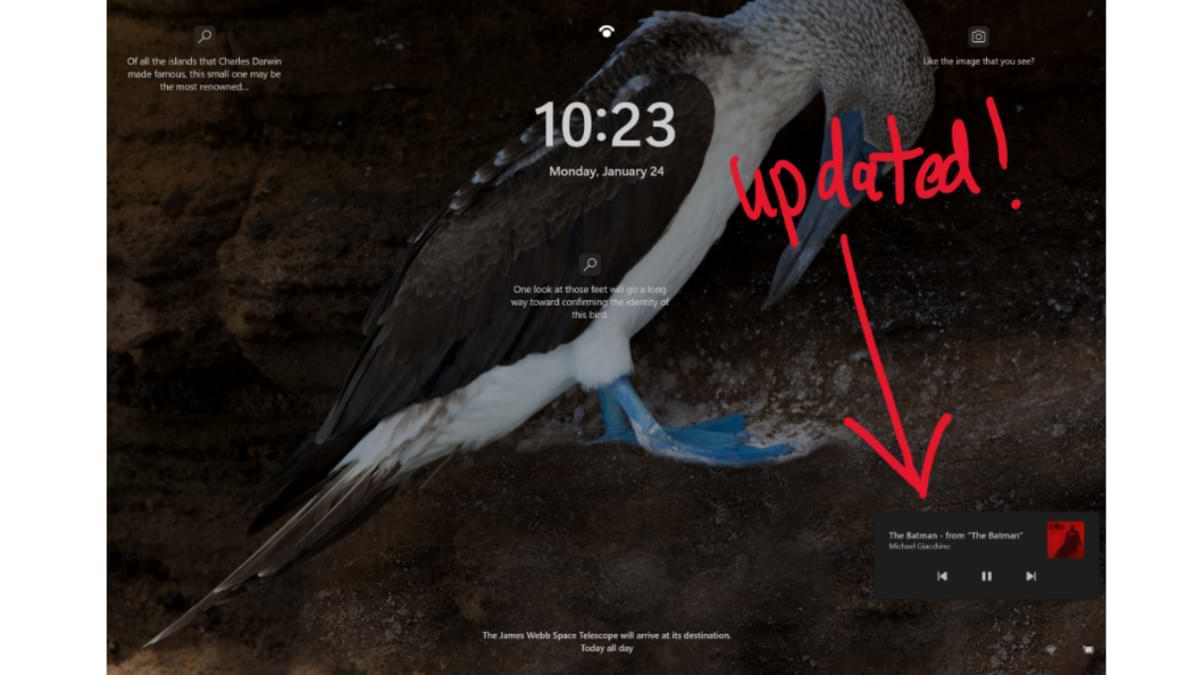 As previously reported, there are Two New Narrators in Windows 11 Build 22543 , and of course it feels incomplete if we don’t discuss further about this new build for Insider Dev Channel users, because after all, apart from bringing two new narrators, there are many changes and fixes brought to the operating system.

Okay, first, apart from the presence of two new Narrators in Windows 11, there are also changes to the Media Control Flyout on the Lock Screen page, where it will now look like the following image.

Now the Media Control display will bring the Dark Mode display and will have the same appearance as the design that appears on Media Control which is present in Windows 11 Quick Settings.

The second is that there is a change in the Windows App Resizing option in the Snap Layout by adding an Overlaying App Icon with an Acrylic background as shown in the following image.

I think this display is cooler than the previous version, what do you think?

Now the third, when you use the WIN + ALT + K combination keys to Mute, now there will be a confirmation message that appears as a flyout, more or less it will look like this.

Then, when you try to do a full build upgrade, now the ring animation will bring up a display like in the following image, where this will correspond to how Windows 11 first boots.

In addition, there is also a design change on the System > Storage > Disks & Volume and Storage Spaces page, where now several options such as Drive, Volume, Space, and others will be present inline on the page as buttons and you don’t have to click first to bring it up.

Well, there’s a lot, right? it doesn’t stop there, there are many other things that you might need to know, where some other changes and improvements include:

For more details, you may be able to check on the following Microsoft official page. But in general, some of the changes presented are very interesting for you to get.