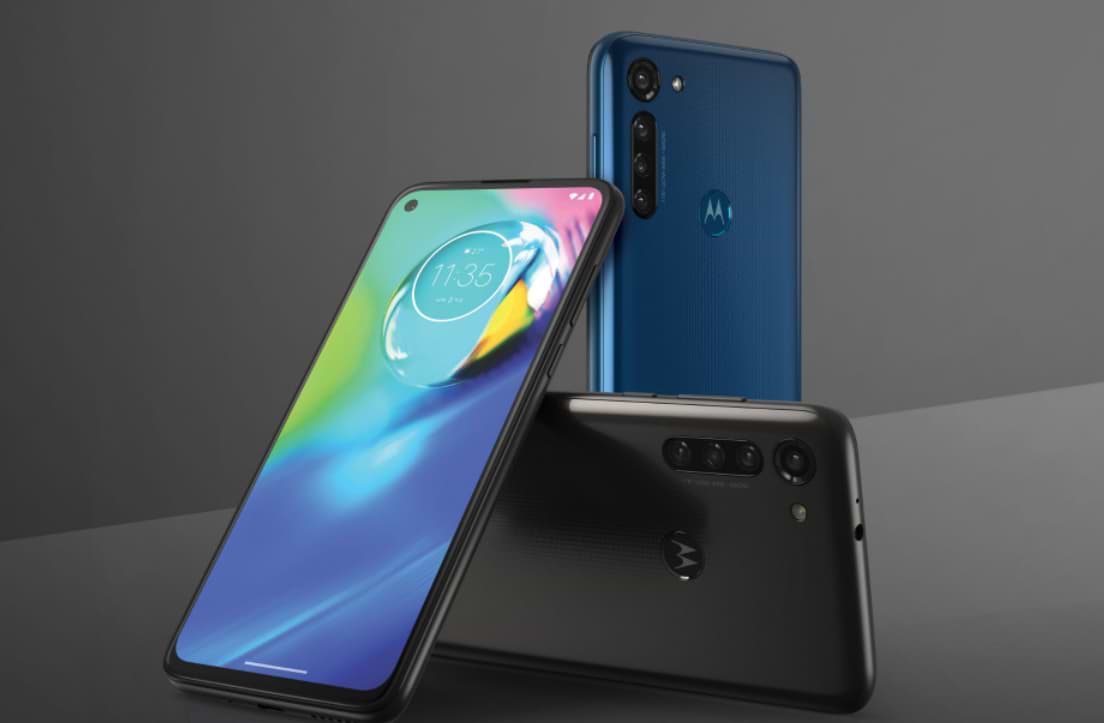 The Moto G family continues to grow. After introducing the Motorola Moto G8 Plus and its two brothers Moto G8 Power and Moto G Stylus, the company has just announced the new Motorola Moto G8, which is now in the mid-range range.

We will get to know you better below, but you should make a small preliminary summary. The terminal reaches the market with a generous perforated 6.4-inch screen, four rear cameras, and a 4,000 mAh battery.

It will arrive in Europe, Latin America, Asia, and Australia in the coming weeks.

We start, as always, reviewing the aesthetic section. The Moto G8 arrives in prism white and Capri blue with a line-based decoration on the back. Here, precisely, we find the three cameras, two in a small module and one, somewhat more significant, in the upper left corner next to the LED flash.

The fingerprint reader, as usual in the company, has been arranged under the logo of the firm.

Regarding the screen, we have a 6.4-inch Max Vision panel with perforated HD + resolution. We see this hole in the screen in more and more devices, and it is a system designed to avoid notch.

In this way, the screen stretches to the upper corners, although in the back, a small chin of a few millimeters is still visible.

Otherwise, the terminal has a headphone jack in the upper area and USB Type-C port in the lower edge.

From Motorola, they emphasize that a “water repellent design” has been applied and that it has a “powerful lower speaker.” Still, to check its operation, it is better to wait for the analysis. It also has Bluetooth 5.0, GPS, and 4G, but nothing from NFC.

A mid-range on the back of Snapdragon 665

We went on to see what’s under the hood. The Moto G8 has the Snapdragon 665 processor, an SoC that was introduced last year and had eight cores at a maximum speed of 2 GHz and the Adreno 610 GPU. Next, 4 GB of RAM and 64 GB of Expandable internal storage with microSD cards.

The battery amounts to 4,000 mAh, 1,000 mAh less than the Power version, and the same figure as the Moto G8 Plus. Motorola does not mention that there is fast charging technology, but it is capable of running for 40 hours on a single charge.

The operating system is Android 10 with the Motorola layer (very similar to Android Stock), which comes with Moto Experiences and Moto Gametime, a function focused on reducing distractions during game sessions.