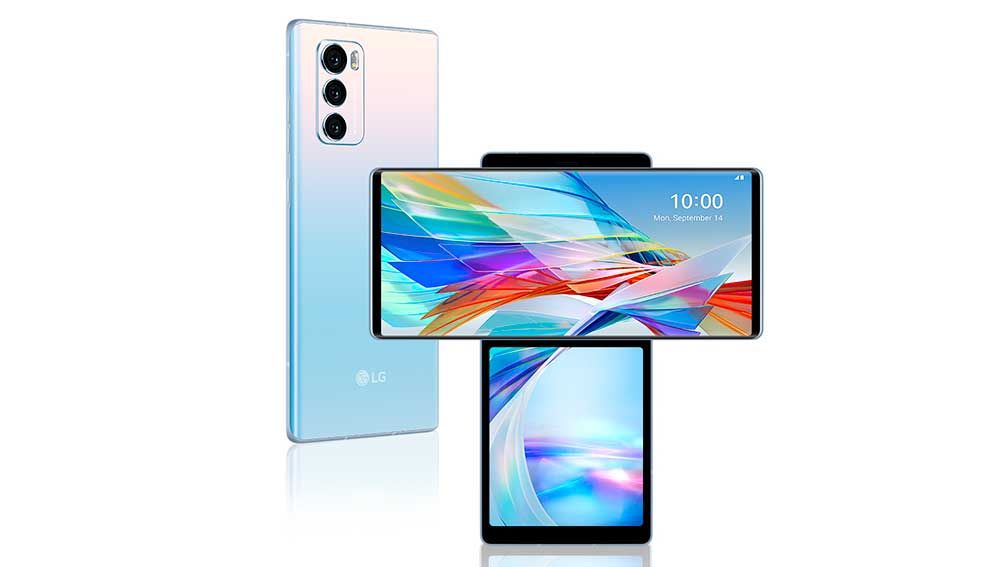 The new LG WING , the new mobile phone from the Korean firm, which in turn is the first of the firm’s new Explorer Project .

LG has presented it at an online event held in South Korea where it has shown what is undoubtedly one of the most surprising mobile phones on the market. Without a doubt, the greatest attraction is the second screen that it has, which allows multitasking to the extreme in this terminal.

A completely different mobile from what you knew

This is what the firm wants to highlight at the launch of its new phone. Because we are facing a new terminal that has two screens, the main 6.8-inch with P-OLED technology, which rotates 90 degrees to expose the secondary 3.9-inch screen .

A screen that allows us to do much more in the same space as a traditional mobile phone. Since this secondary screen can be used for many different functionalities. To give a few examples, you can watch a video on YouTube on the main horizontal screen , while grabbing it by the secondary screen while viewing comments on the video or looking for new ones.

Or you can see the Google Maps directions from the main screen , while in the secondary screen you can have the multimedia controls of the music you are listening to, or access the calls and messages of the phone.

Therefore the idea is that the apps can be expanded to take advantage of both apps. The phone interface has been designed so that it is extremely simple to be able to expand the apps to the second screen by pressing a simple icon.

First camera with Gimbal stabilization on a mobile

This is another of the attractions of this phone, and also a demonstration of what a phone format like this can be able to offer. Because we will also be able to use it as a camera with a stabilizer .

First, it has a pop-up front camera, with a 32-megapixel sensor, that pops up when we need it. And secondly, the rear camera has three sensors. These are 64MP Ultra High Resolution, 12MP Ultra Wide Big Pixel and 13MP Ultra Wide.

This LG WING offers us the possibility of recording video at the same time from the front camera and one of the rear sensors . But it is also the first phone that has a camera with real Gimbal stabilization , and not a digital technology that simulates it.

With it you can enjoy a joystick to control the camera angle, a lock to reduce shake, a tracking mode for moving videos, another mode to avoid vertical vibrations during horizontal movements and a first-person mode to capture dynamic movements . A phone that can also be used as a stabilizer, since we can rotate the screen and grab it by its secondary.

This phone arrives with 5G connectivity, incorporating the most popular mid-range processor of this 2020, the Snapdragon 765G, which is what provides this connectivity.