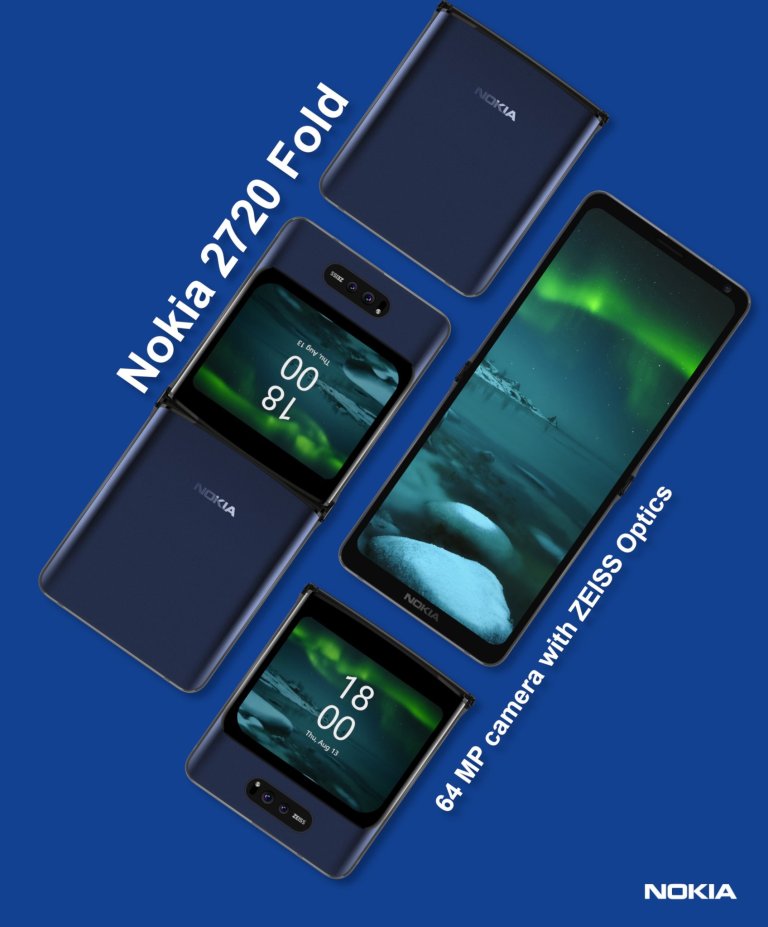 Will we even have a Nokia smartphone with a foldable screen, as it was speculated this year? A tweet posted by Nokia Anew says yes. The profile, dedicated to news from the Finnish company, is part of a Russian community about the brand.

The post does not provide any details, it only informs that the project of a folding cell phone is still alive.

Earlier this year, a rumor arose about the possible Nokia foldable smartphone, which would be launched in late 2020 or early 2021. In addition, in the same month, Nokia Anew said that the smartphone would already be ready, and could be launched when HMD Global wanted it.

Nokia smartphone with a #foldable display is ready. What do you think, is it worth HMD to release such a device?

In any case, it is likely that the project is not due to leave the paper this year. The speculation is that it would be launched at MWC 2021, in case the event really happens. This year, due to the new coronavirus pandemic, the event was canceled. #nokia #nokiamobile #hmd #Nokia2020

Of course, the report may refer to a foldable feature phone like the Nokia 2720 Flip, which was launched last year, and whose version is an update to the classic Nokia 2720 Fold, from 2009.

For now, we can only imagine what HMD Global would be preparing. A version with two internal screens for the Nokia 2770 Flip would be interesting, but of course, this would only work if the screens were really big. There is also the possibility for the company to choose a different format from what we have seen so far.

None of this has been confirmed by HMD Global, the owner of the Nokia brand. Therefore, it remains for us to wait for an official confirmation.