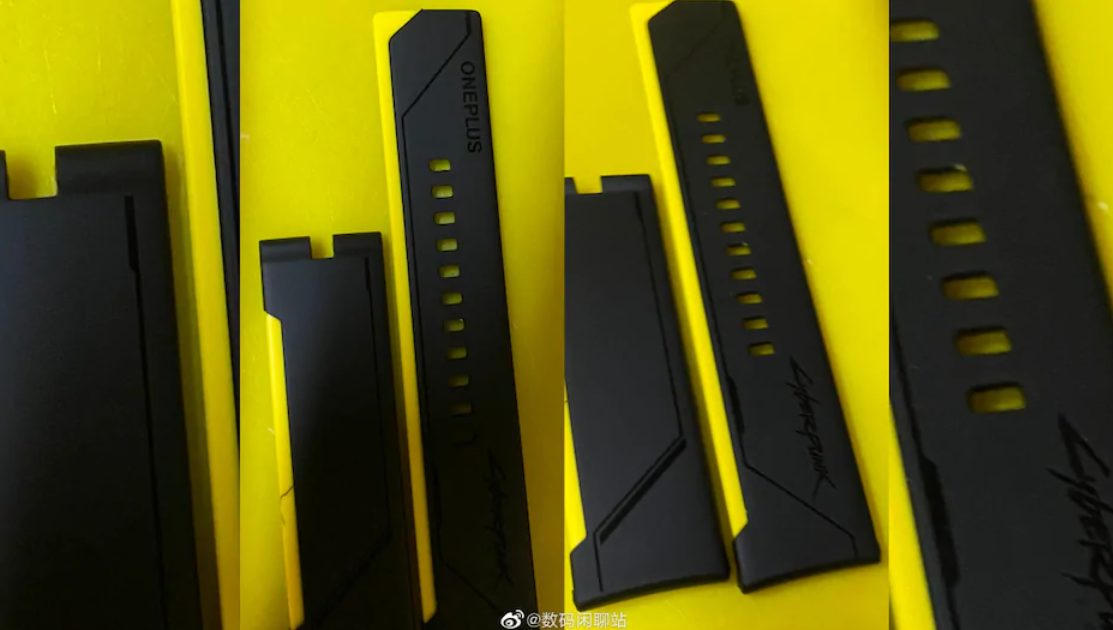 Some time ago OnePlus officially announced the presence of the OnePlus 8T smartphone, the special Cyberpunk 2077 game, which has a unique appearance. However, it seems that OnePlus does not just stop to present a collaboration product with this game made by CDPR.

Because recently one of the leakers named DigitalChatStation has uploaded several photos showing the strap of the OnePlus smartwatch which comes with a Cyberpunk 2077-style theme.

We can see that the strap has the OnePlus and Cyberpunk 2077 logos on it. This proves that OnePlus is currently preparing a new collaboration product for Cyberpunk 2077 game lovers who have been waiting for the game for a long time

Unfortunately, there are no photos that show what the smartwatch looks like, considering that now OnePlus also hasn’t announced the presence of its first smartwatch. However, if this leaked photo is already circulating, it is predicted that the announcement of the OnePlus smartwatch will not be long.

Previously there were reports that OnePlus had decided to postpone the launch of its first smartwatch, the OnePlus Watch because it was constrained by the coronavirus. Actually, the smartwatch will be announced at the end of October 2020 yesterday.

But we’ll see what kind of smartwatch OnePlus will present. And whether this Cyberpunk 2077 edition will present a more unique form than the original version or not.

Apple Releases 117 New Emojis on iOS 14.2, From Ninja to Toothbrush