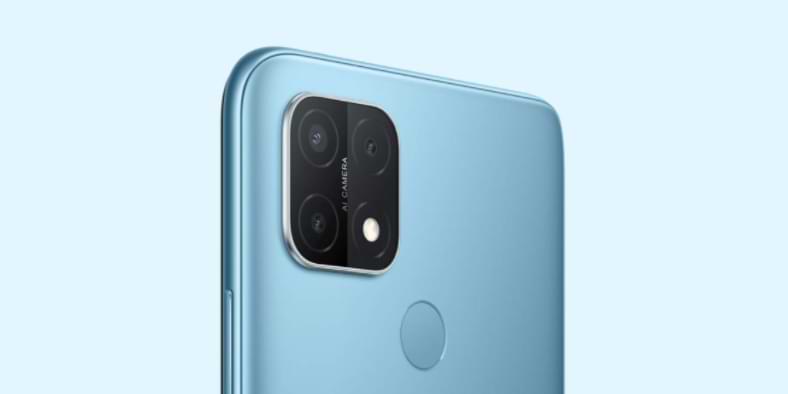 While strengthening consumer appeal, OPPO has presented a variety of smartphones with attractive specifications in each price segment. Starting from flagships to affordable ones like the OPPO A series, which now has a 90Hz refresh rate screen.

For an even cheaper price segment, OPPO has prepared a new smartphone with three cameras. Introduced for the first time in India, the OPPO A15 comes with a familiar design.

The main camera frame resembles the OPPO Reno4 F series, while the front is similar to the previous A series which still uses a waterdrop notch design.

Targeting the lower middle class, it is natural that the specifications are less special. The front screen has HD + resolution without a high refresh rate, with dimensions that are quite wide at 6.52 inches. Equipped with AI Brightness, it works the same as the adaptive brightness built into Android 10, adjusting the screen brightness from user habits and preferences.

The left and right corners of the rear body are slightly curved, and are released in two color variants; Mystery Blue & Dynamic Black. The fingerprint sensor is placed under the camera, while the charging port still uses micro-USB, parallel to the mono speaker and the 3.5mm audio jack. OPPO A15 has a thickness of 7.9mm and weighs 175 grams.

The three rear cameras are equipped with the AI ​​Scene Enhancement feature, which is able to enhance the photo results according to the object being captured. In addition to the 13MP f / 2.2 main sensor, there are two additional 2MP resolution sensors, each for producing bokeh effects and close-up photos of objects (macro). The 5MP front camera also features AI Beautification, for more natural selfies.

The chipset that OPPO chose to power the OPPO A15 is quite old, namely the 2016 MediaTek Helio P35. This chipset has an octa-core CPU with ARM Cortex A53 architecture, plus an IMG PowerVR GE8320 GPU. Running ColorOS 7.2, OPPO provides Hyper Boost 2.1 technology which is claimed to improve gaming performance and touch responsiveness.

The RAM capacity is quite large at 3GB, with 32GB of internal storage which can still be added via a dedicated microSD card slot, up to 256GB. While the battery is quite standard at 4,320 mAh, it comes without fast charging support. With Super Nighttime Standby, OPPO A15 can save power when standby at bedtime.

OPPO A15 price in India

With relatively simple specifications, the OPPO A15 will be officially sold via Amazon India at a price of INR10,990. It still can’t be ordered, even though all of the specifications have been displayed.

Samsung Rolls One UI 2.5 Update for Galaxy A71 Smartphone