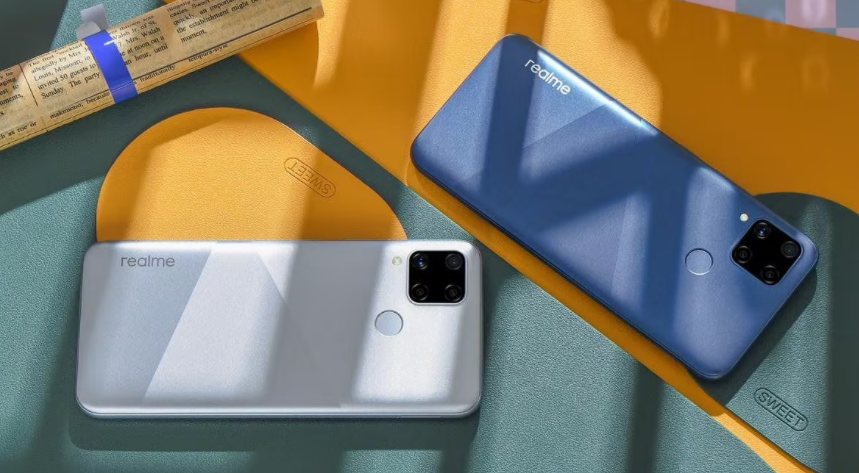 This smartphone manufacturer from Shenzhen released a product in the Realme C series line again. After releasing the C11, C12, and C15 series, Realme India presents a new series with a similar design and name, only different in the chipset.

Yes, from the design or image above, it does look like the realm C15. But that is the realm C15 Qualcomm Edition. As the name implies, this is the Realme C15 which uses a Snapdragon chipset. As a reminder, the early Realme C15 comes with the MediaTek Helio G35.

Helio G35 itself is actually quite fast in its class, can be used to play several heavy game titles even though using low graphic settings. Give an alternative to a big battery smartphone with smoother performance, Realme C15 Snapdragon Edition comes with a Snapdragon 460 chipset. Yes, it’s the same as used by Realme C17.

Technically, the performance of the chip in the C15 Snapdragon Edition realm should feel a little firmer, considering that this new smartphone in Realme is not equipped with a 90Hz refresh rate screen. Just like the previous variant, the screen size is 6.5 inches, with HD + resolution and an aspect ratio of 20: 9.

The fingerprint sensor is located behind the body, while the design and texture still use geometric gradient elements with broken lines that give a slightly different color effect at the top and bottom. While the front panel still uses a waterdrop notch, to put the 8MP front camera. Yes, again it is exactly the same.

A more powerful chip is combined with 3GB / 4GB LPDDR4x RAM, as well as ample internal storage up to 64GB with a triple-slot configuration, where users can use two SIM cards and a microSD card at the same time. And one of its main advantages is the 6,000 mAh battery which supports 18 watts of fast charging via a micro-USB port.

Generally, the Snapdragon chips will be more power-efficient, so it is likely that the C15 Qualcomm Edition realm will be difficult to use up the battery, in addition to its increased performance. While behind it also comes with the same camera combination; 13MP main sensor, 8MP ultra-wide-angle, 2MP black and white, and 2MP retro sensor.

Prime in India, Realme C15 Qualcomm Edition will be available in Power Blue and Power Silver color options. For the cheapest variant with 3 + 32GB of memory, it is priced at INR9,999. While the most expensive, the 6 + 64GB version, sells at INR10,499. Sales will begin on October 29 online and offline.

Huawei will announce the Nova 8 SE smartphone on November 5