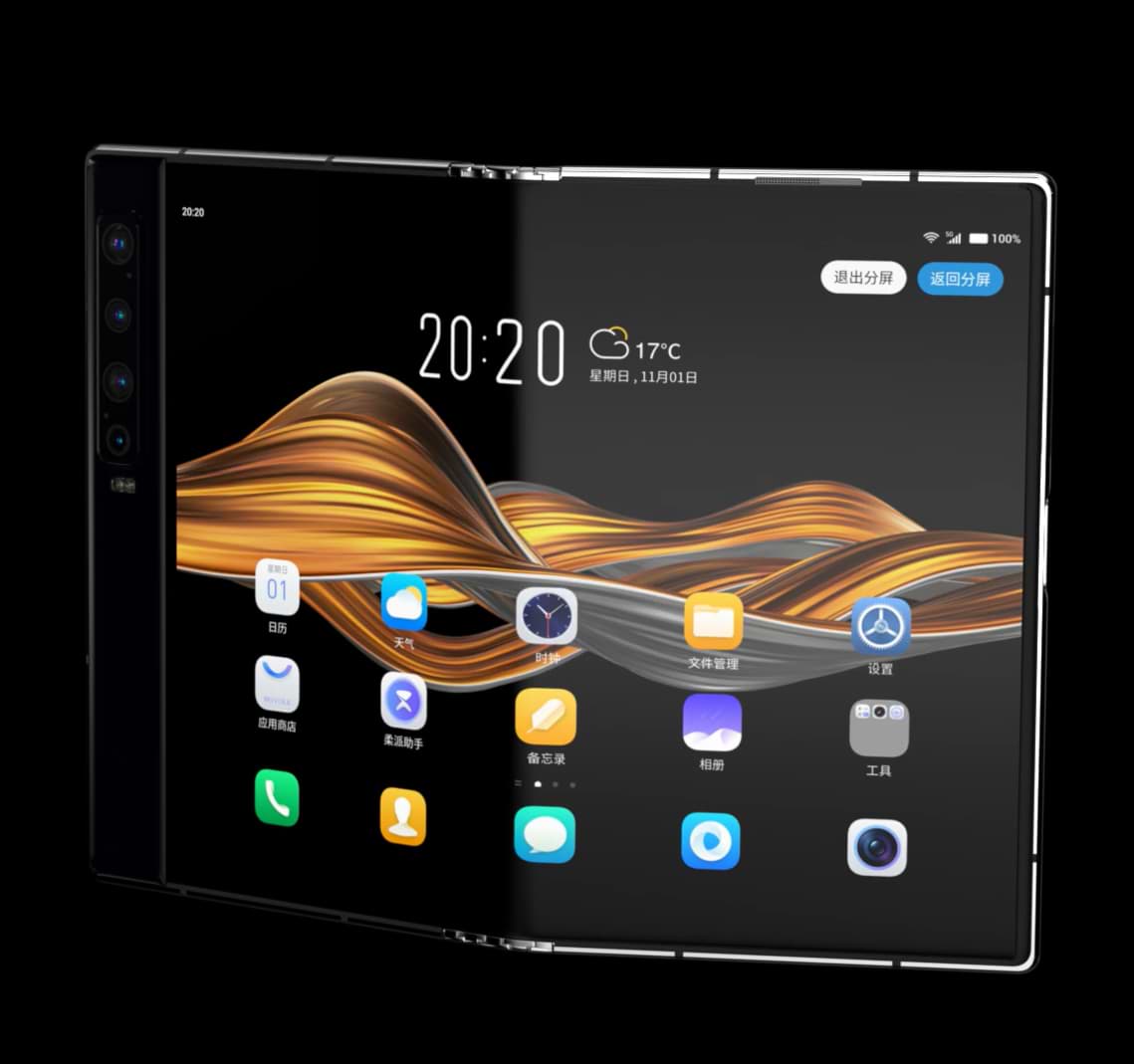 If we go back to 2018, there is a Chinese company called Royole that suddenly appears and releases the world’s first foldable smartphone called FlexPai. Although it was not very popular, it made Royole known by many people.

Recently, Royole, through an online event which they held on September 22, announced the presence of the latest generation of FlexPai folding smartphones that come with various improvements ranging from specifications and features.

It is known that the Royole FlexPai 2 still comes with the Cicada Wing folding screen concept which also uses the OLED screen type. But in FlexPai 2, the smartphone screen can now be folded flat or it is called a zero-gap.

With a size of 7.8 inches when opened, Royole also said that the thickness of this smartphone when folded also decreased to 40% when compared to the previous generation.

For the kitchen itself, Royole presents a Qualcomm Snapdragon 865 chipset with 8 to 12GB of RAM and an internal memory of 256 to 512GB. This smartphone also runs the waterOS 2.0 operating system based on Android 10 with a similar appearance to MIUI.

Then there is a four-camera setup that comes with a resolution of 64MP Main Camera, 16MP Ultrawide Angle, 8MP Telephoto Lens, and 32MP Selfie camera. All these cameras are lined up along with the smartphone’s LED flash.

Comes with a 4,450 mAh battery and available in Sunrise Gold, Midnight Black, and Cosmic Gray color variants, the foldable smartphone is priced starting at the US $ 1,417 for the 8GB RAM variant and 256GB internal memory.