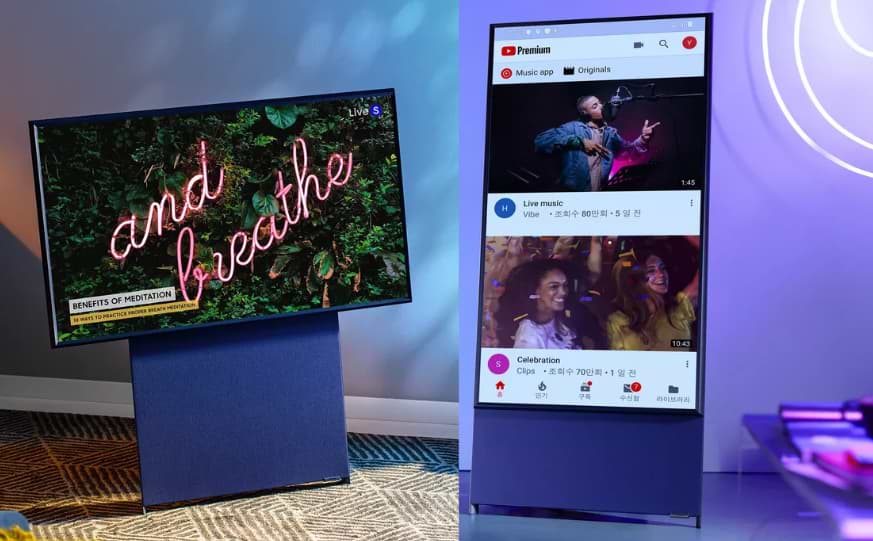 Sero, Samsung’s innovative TV with the rotating display, which can be used both horizontally and vertically, started to be sold in the United States and the United Kingdom, after being launched in the South Korean market.

In the upright position, the new 43-inch TV with 4K QLED panel allows better viewing of social media content, such as Instagram stories or TikTok videos, which are usually recorded vertically on the phone.

When not in use as a television or with vertical content, Sero TV can serve as a digital photo frame or music player – its speakers support 4.1 channels and 60W of power. In addition, it has Samsung’s personal assistant, Bixby, integrated.

For those who have a “compatible smartphone”, such as a Samsung Galaxy, you can press it on the TV to start mirroring the screen. Thus, it will automatically rotate to match the orientation of the phone.

As for the users, the iPhone will need to use the remote control, voice command, or SmartThings application to turn the TV manually and then use a protocol such as AirPlay to stream content 2.

The price of Sero TV in the United States is the US $ 1,999.99. The novelty is available at selected retailers and the Samsung online store.