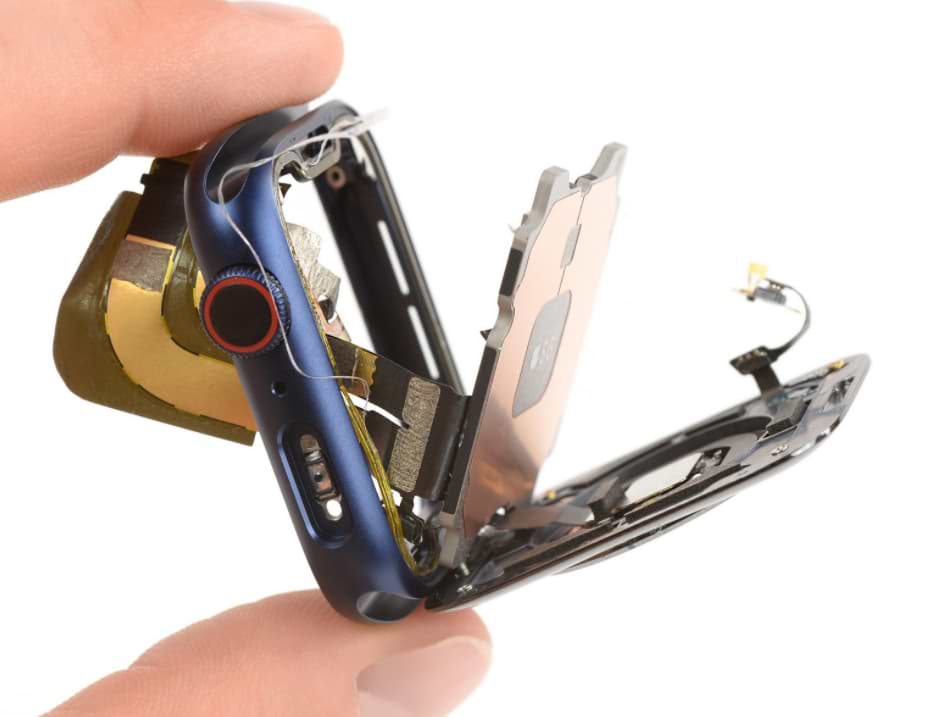 Apple has recently launched its newest smartwatch, the Apple Watch Series 6. Comes with updates in the hardware and specifications sector, of course, many are curious about what the inside of the smartwatch looks like.

Luckily iFixit has succeeded in disassembling the Apple Watch Series 6 and seeing the inside contents of the smartwatch. iFixit also said that this smartwatch is quite easy to repair, such as replacing the screen and battery when damaged.

Getting a 6/10 repair score, Apple Watch Series 6 got the same score as the Apple Watch Series 5. The reason is that it says there are not many changes in the arrangement of components on this smartwatch, so the repair process is not too difficult.

When the screen of the smartwatch is opened, we can already see the various components that are present in large sizes such as the Taptic Engine made by Apple and also the battery. Then underneath there is the motherboard of the smartwatch and a number of sensors to detect heart rate and oxygen levels in the blood.

In addition, iFixit also said that Apple has removed a number of cables connected from the screen to the motherboard, making the repair process a little easier.

It’s just that what is still a problem is the very small size of the bolts and also the number of cables that must be soldered when you want to replace some components which make it score 6/10.