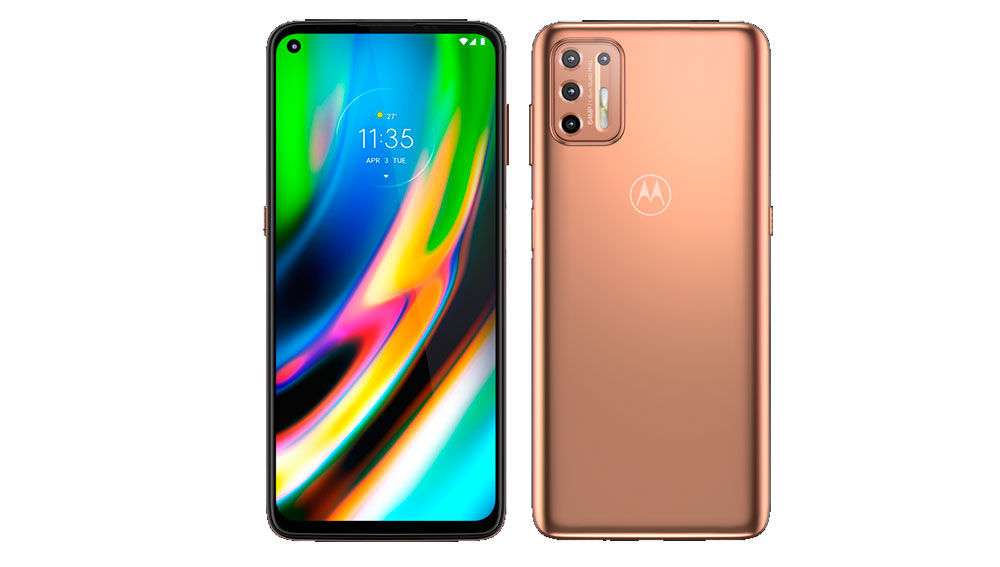 The legendary Motorola firm, responsible for the first mobile phone in history, continues to launch new phones to the market from a good position in this. Since its alliance with Lenovo, it has recovered a large part of its space in the mid-range and entry-level, as one of the reference brands, especially in the West.

Now the firm has launched a new mid-range model, the Motorola Moto G9 Plus , a phone that stands out for a new design, unprecedented for the brand, and for a large screen.

Features of the Motorola Moto G9 Plus

We are facing a phone that, as we said, has a huge screen, so much so that it practically equals the seven-inch screen of many tablets. This has a size of 6.8 inches, with Full HD + resolution and a hole in the screen for the camera, as we have seen in many other devices of the brand so far.

A phone that opens a new look, with a camera adapted to the new visual trends. It is a fairly powerful mid-range mobile, since it has the Snapdragon 730G processor , which offers us plenty of performance for day to day.

This is accompanied by 4GB of RAM and 128GB of internal storage. In the photographic section it does not disappoint either, as is usually the case, with a quad camera behind it, with a 64 megapixel main sensor , as well as an 8 megapixel wide-angle sensor, 2 megapixels macro and 2 megapixels deep. In front, the camera inside the screen in its corner is 16 megapixels, so we are talking about a very well equipped terminal in this key aspect of any terminal. A phone that on the other hand also stands out in the battery section.

With one of quite a lot of capacity, 5000mAh, and a fast charge of 30W , it is one of the fastest that we have seen in a phone of the brand, so with a few minutes of charging we get several hours of use. There is no lack of NFC connectivity to be able to make mobile payments in thousands of establishments, maintaining social distance and without having to touch the dataphone.

The fingerprint reader is no longer in the brand logo, but has now been moved to the side of the terminal.

The price that it has reached there seems quite high for its characteristics, of $440 , being available in pink and blue gold. And we say expensive because at this point a phone of this price with a 60Hz screen is out of place, when the normal thing would have been to have a 90Hz or 120Hz, which are present in cheaper mobiles.

New Lg Wing, Launches Rotating Screen And The First Camera With Gimball On A Mobile