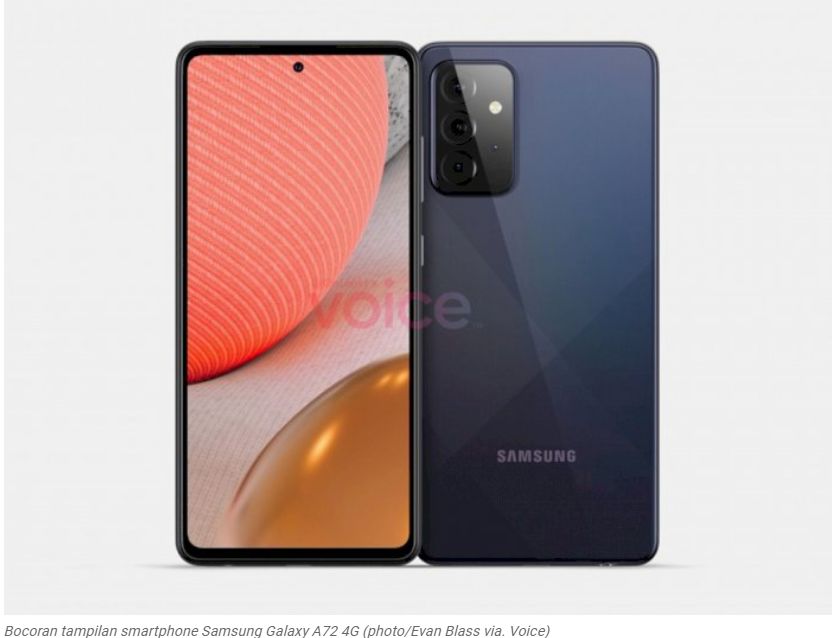 Leaks regarding the Galaxy A72 4G itself have also been widely circulating on the internet where recently one of the famous leakers named the_tech_guy on Twitter has provided information regarding this device obtained from ANATEL certification in Brazil.

It is stated that the device with the model number SM-A725M / DS comes with a 5,000 mAh battery judging from the model number, namely EB-A426ABY. In addition, this smartphone will also support fast charging with a power of 25W.

In addition, the_tech_guy also predicts that Samsung will launch its new mid-range smartphone in February. However, the exact date of its release is not yet known and its availability in countries such as Indonesia.

Based on previous leaks, the Galaxy A72 4G is said to be equipped with Snapdragon 720G and 8GB of RAM. The smartphone that comes with One UI 3.0 will use a Super AMOLED screen of 6.7 inches with a punch hole on top.

Let’s just wait for the official announcement of this smartphone and the price.