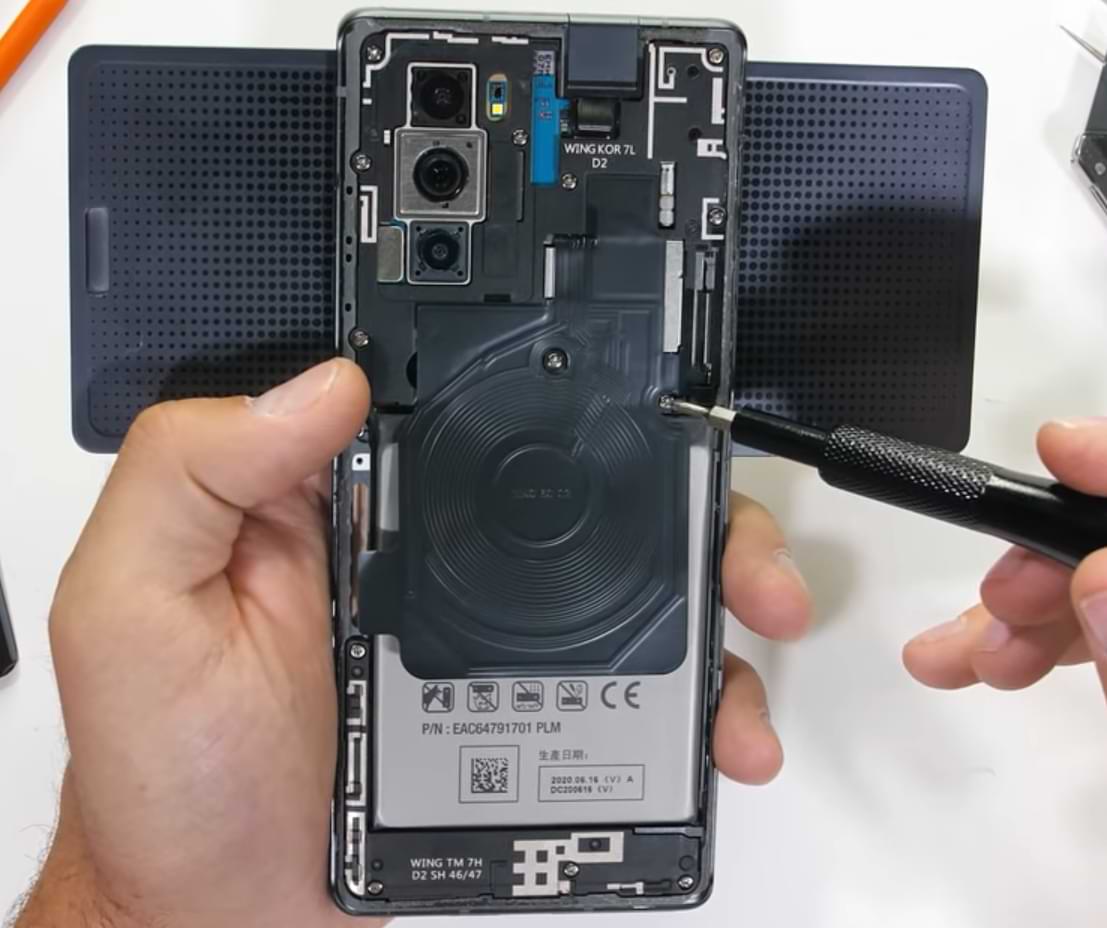 JerryRigEverything recently uploaded a video where he tried to take a look at the inner components of the LG Wing and see what the hinge concept of the smartphone looks like.

After dismantling some of the components of the smartphone, finally, JerryRigEverthing saw that it turned out that LG had presented a hole in the smartphone so that the screen cable could be connected to the motherboard.

Then near the hole, you can see that LG is using a very small hydraulic to help the hinge of this smartphone maintain its position horizontally or vertically.

Not only that, but there is also a spring on the inside of the hinge to help the screen of the smartphone open and close completely. Of course, this is a new thing found in smartphones.

After taking apart and looking at the inside of the LG Wing smartphone, JerryRigEverything tried to reattach it and he was surprised that the smartphone was still able to turn on and function normally.