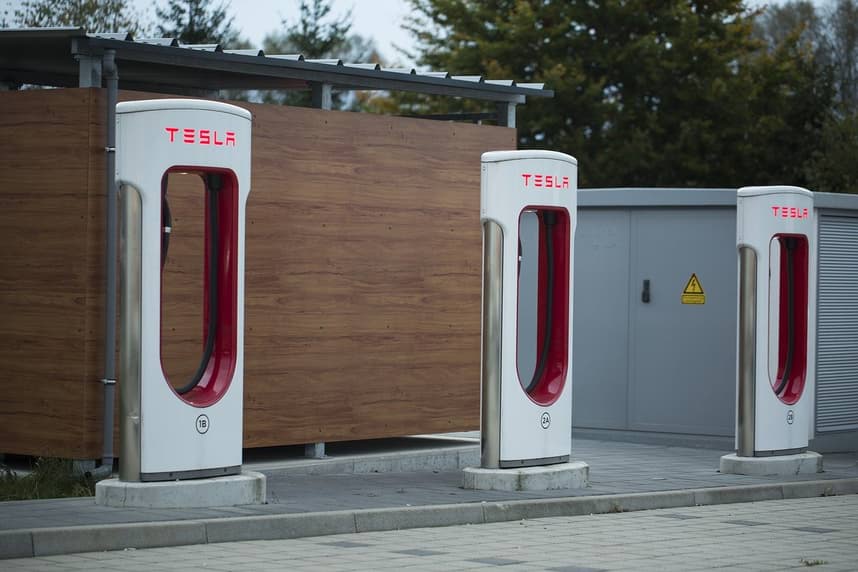 Electric car manufacturing does not seem to be an essential service in the period of the pandemic in which we live. However, those responsible for Tesla’s factory, located in Fremont, California, do not seem to agree with the idea.

Alameda County officials do not regard the factory as an “essential service”. For this reason, they ordered it to be closed to help fight the spread of the new coronavirus.

However, they say the company can maintain “minimal basic operations”, as described in the Alameda County Health Order that provides, in addition to closing “non-essential” businesses, protection measures for local citizens.

The decision contradicts the opinion of Tesla’s head of human resources, Valerie Workman. She would have written in an email, sent to employees, that the company is considered an “essential business”, so it would be exempt from the closing order. “People need access to transportation and energy, and we are essential to provide them, “Workman wrote in the message.

In an internal memo, the CEO of Tesla, Elon Musk, underestimated the pandemic. He said the risk of death from coronavirus is “much less than the risk of driving your car home”. The businessman also said that employees who feel bad or uncomfortable could stay at home. However, it is not clear whether the company will offer paid leave to these professionals.

The billionaire’s speech goes against all the recommendations of public health experts in the world. The demand for social isolation and constant hand washing is unanimous.

Also, it is recommended that people leave their homes only to perform essential activities, such as buying food or going to the doctor.

Globalization Closes The Loop: Chinese Industry Has Started To Go To Cheaper Countries

In this new car you don’t need keys to open its doors, just your face and its Face ID 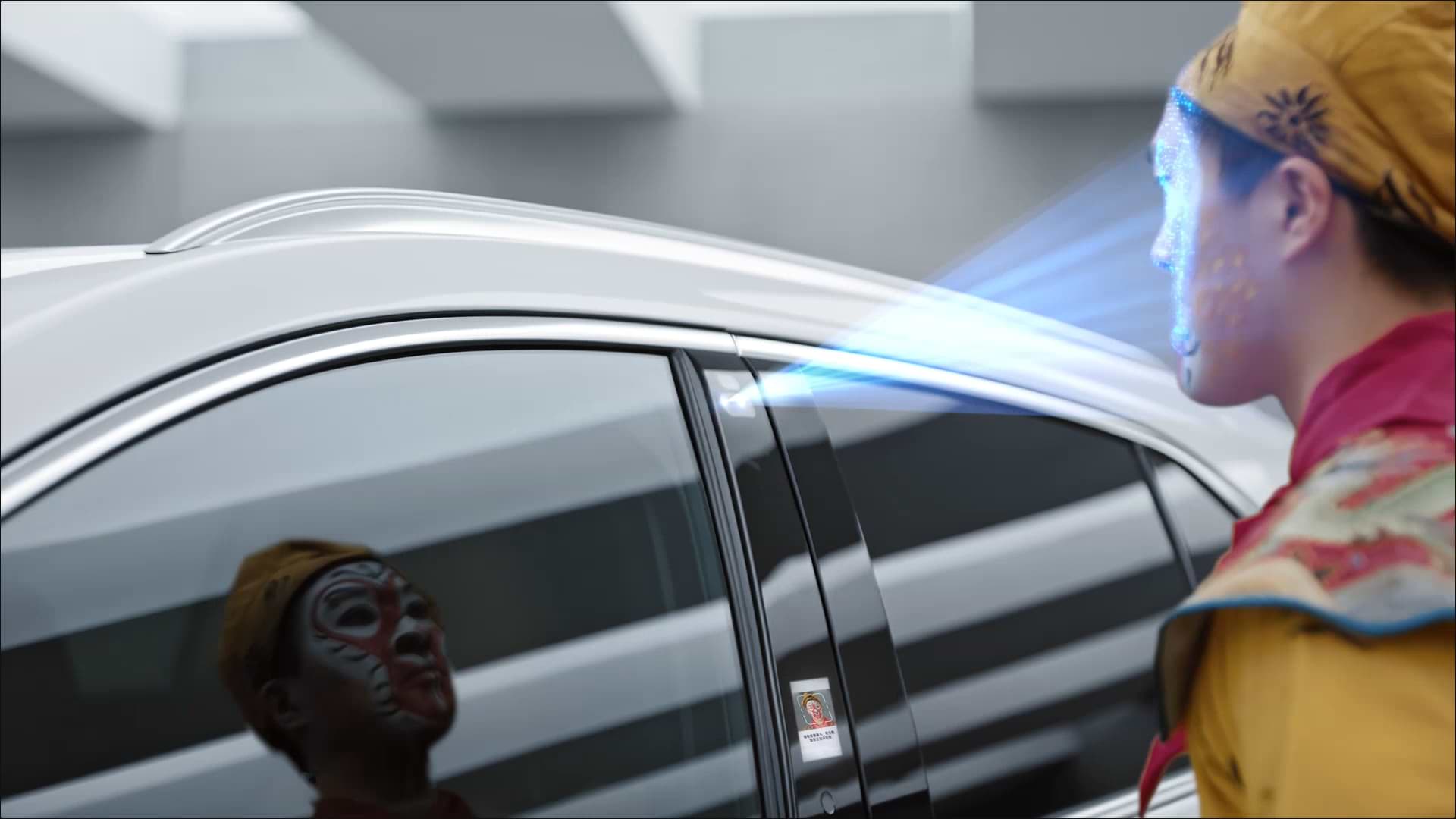 We do not usually talk much about cars at Tecnoxplora, because we usually do so when they offer us some type of functionality closely related to technology, as is the case with this new vehicle that Cadillac has presented in China.

It is the XT 4 , a vehicle that is not new, it had already been presented last year, but that in its landing in the Asian country has added an interesting function. It involves the introduction of an identification system similar to Apple’s Face ID that allows the car to be opened “by the face” without the need for keys or traditional cards.

Access your car as if it were already open

We are not going to discover how a car is opened, the arrival of remote controls meant a great leap in comfort when opening cars, later the cards arrived, which with having them stored in our pocket allowed us to access and start Car.

But these methods have a problem, and that is that the moment the keys or the card fall into someone else’s hands, we lose control of the car. In this case, Cadillac has incorporated into the Chinese version of its XT4 a facial scanner similar to the one used by iPhones in their front camera, to identify users and unlock the phone just by looking at it.

In this case it is a facial recognition system that is in the door frame. This system has three cameras, two infrared and one RGB . According to Cadillac, it can capture up to 106 unique points of our face to differentiate ourselves from other people. Once the vehicle has been identified, it is unlocked in just two seconds .

A system that allows you to store up to eight faces, so they could use it, or open all of them just by showing their face at the door. A method that seems quite simple to use thanks to its location. Since with the simple gesture of approaching the door to open the vehicle, it should have already identified us, even in low light conditions thanks to infrared cameras.

But it is not the only alternative opening method that this Cadillac has, because the firm has also included a fingerprint reader to be able to open the car just by placing our finger on it.

It is also possible to access it by entering a PIN that will also open the door. It seems that this method of opening the car with Face ID for the moment will be exclusive to the Chinese model, and it is not known if it will be taken to the West at some point.

Something that would make sense, if we take into account that in Asia there are not so many reluctance to face scanning. Although we do not take into account the success of Face ID on iPhones around the world, this function would also be expected in Cadillacs in other regions.

Globalization Closes The Loop: Chinese Industry Has Started To Go To Cheaper Countries 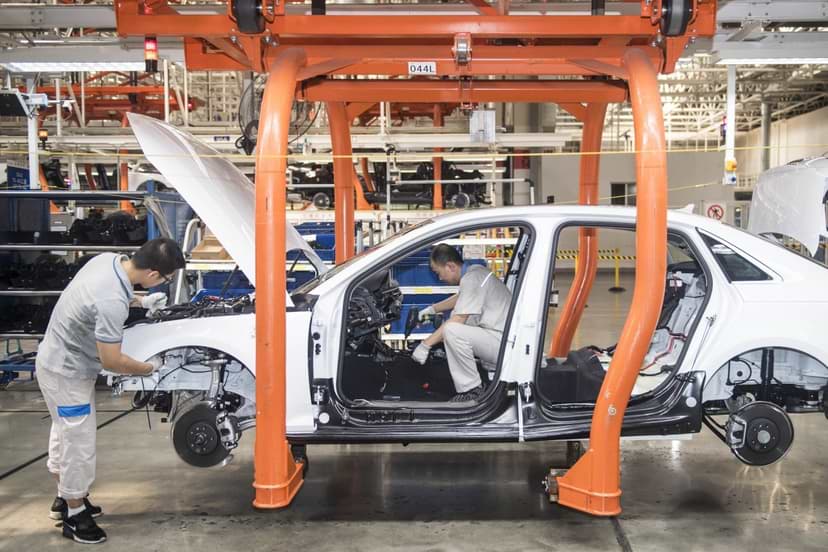 China’s accession to the World Trade Organization was a point of no return for the global economy. During the following years, thousands of European and American companies would find in the Asian giant an inexhaustible source of cheap workers, stability, and logistics. Chinese economic success is largely explained by “outsourcing”, by attracting Western industries.

Now, globalization has closed the loop. China has begun to suffer the same effect.

Myanmar- The Financial Times tells it in this article: Some Chinese automakers are opening production plants in Myanmar. The country, traditionally dominated by the Japanese industry, experiences a renewed appetite for vehicles. In recent years, sales have increased fivefold. China wants to get a piece of the cake. And the best way to get it is by manufacturing there.

Transfer. Traditionally, Myanmar had imported parts made in China and other Asian countries and then assembled the cars at national plants. In recent years, brands such as The Shining Star Group (including the popular Changhe Q35 SUV) have opened factories to produce vehicles (in their entirety. One of them, in Mandalay, opened in August last year and aims to produce 5,000 annual cars.

Why? Cost and efficiency. Myanmar is poorer than in China, and its workers are paid less. Burmese consumers want access to versatile, functional, and cheap cars, unconcerned about the value of the most recognized Japanese brands; and they don’t want to pay the premium for importing foreign cars. One plus one, two: China finds it more profitable to make them abroad than to distribute the pieces from its plants.

Flashy- Nothing that has not happened in the last twenty years in other countries. What is unique here is the reversal of roles: until now, China has detracted from industry to other countries thanks to its low wages (it makes 30% of the cars); now the opposite has begun to happen. The country’s great competitive advantage, the cost that allowed it to fill the planet with “Made in China” products, is fading.

Other countries. Or to Vietnam. Or to Indonesia. Or even to Mexico. They are three of the countries that are receiving the delocalized industry from China, focused on a conversion towards added value. Africa is also benefiting. A Chinese worker charges around € 500 a month; an Ethiopian, recipient of Chinese production, about € 30. Circumstance spread across the continent, where China has woven extensive relationships.

Including the USA- The circle has been completed to such an extent that some Chinese plants have landed in the United States, whose current president, Donald Trump, has for years accused China of “stealing” its industry. The most paradigmatic case is Fuyao, a manufacturer of automobile windows, the owner of a plant in Ohio, and the protagonist of the documentary American Factory. There are other examples, like Keer or the failed attempt at Tranlin Paper.

As they explain here, in this case, it is not about lower wages, but about efficiency and logistics: producing in China is still cheaper in terms of wages (although less and less every day), but there are associated costs (distribution, shipping, inventories, etc.) that balance the balance. 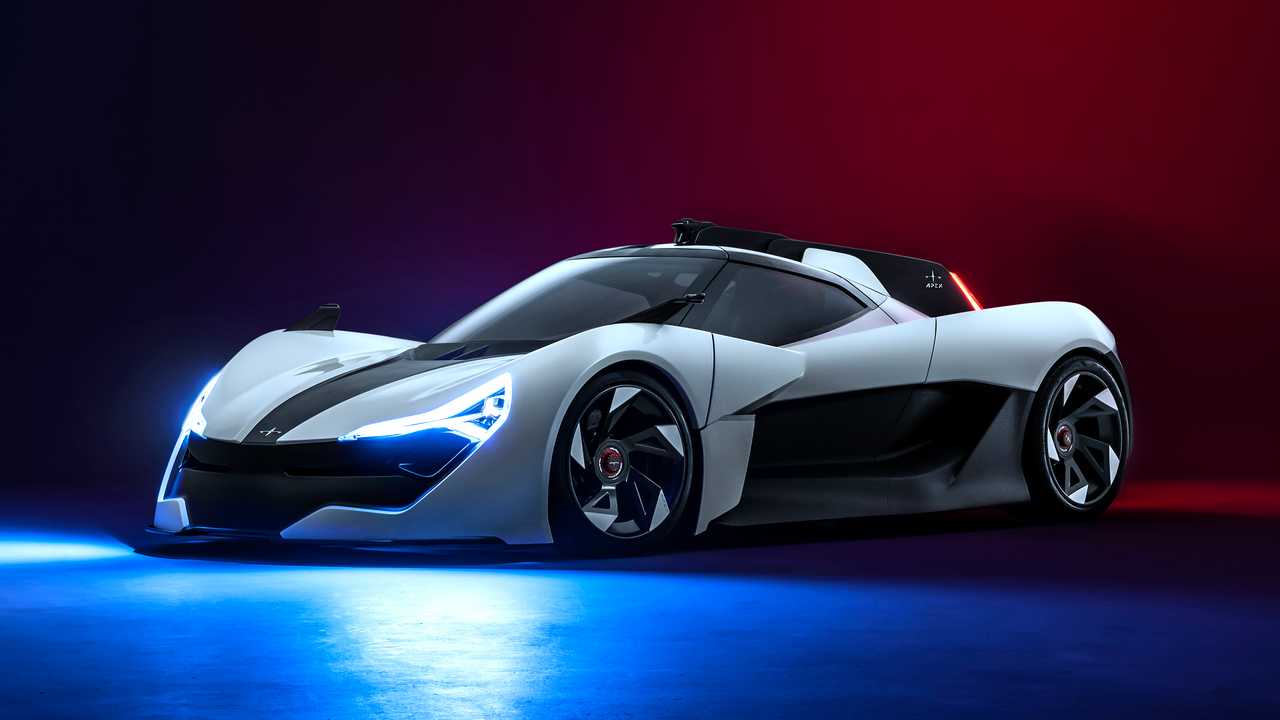 In mid-February, we had the first news about the Apex AP-0, a “featherweight” electric supercar with a good number of horses. Apart from the name and its weight, no details were known about it, something that has just changed, as the manufacturer itself revealed its characteristics.

Based on this information, we know that the Apex will not compete in potential with hyper sports proposals such as the Lotus Evija, but will be a commitment to the design and philosophy of major competitions, such as Formula 1 or Le Mans.

650 horsepower under the pedal and carbon fiber wherever you look

The characteristics of the AP-0 Concept have been revealed by the company itself, detailing its main points. The first and most striking is the presence of carbon fiber, used at the chassis level to improve rigidity.

According to the company, the design has been inspired by the technologies of Formula 1 and Le Mans to achieve the purpose of every sports car: to manipulate the flow of air in its favour.

The design lines of the Apex AP-0 have been thought in search of the maximum aerodynamics, avoiding the use of excessive spoilers
The design lines of this Apex draw attention at first sight, especially at the rear, with a large cross of LEDs that act not only at the level of lighting but as the brand’s logo.

At the specification level, we find an engine capable of generating up to 650 horsepower, thanks to a 90 kWh battery. As for power, it does not intend to compete with proposals such as the Lotus Evija with 2,000 horses and, later, we will see that it does not mean to be a price rival here either.

Formula “Lotus” (combustion) for this Apex: reduce weight to the maximum and achieve, without excessive horsepower, a record acceleration

However, one point to highlight of the AP-0: its weight of 1,200 kilos. Thanks to its power-to-weight ratio, the company promises a 0 to 96 km / h in 2.3 seconds and a top speed of 305 km / h, hypercar figures even though the power is not immense. Regarding autonomy, more than 500 kilometers are protected (in quiet driving) according to the WLTP cycle, being able to recharge up to 80% in 15 minutes with a fast charger.

The interior of the vehicle has been thought to be inspired by F1. After unfolding its seagull wings, we find a single-seat, embedded in an interior made of carbon fiber, aluminium and leather. The instrument panel has three screens and, as a curiosity, the car can project different circuits in augmented reality, to “run on them” with the car stationary.

In the same way, this Apex has autonomous level 3 driving, automatic braking system, lane-keeping assistance and adaptive cruise control, among others. It is priced at $ 195,000 for the US market and is expected to go on sale in the second half of 2022.