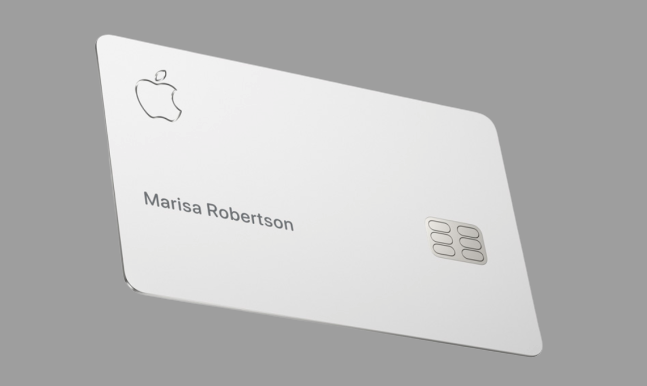 At its service conference last March, Apple released its credit card. Now, the company’s CEO, Tim Cook, has detailed that the expected Apple Credit Card will hit the market this August.

The head of the technology giant confirmed yesterday to investors, after the presentation of results, that the payment method in partnership with Goldman Sachs will debut in a few days in the US.

Tim Cook has explained that several employees of the company have already been testing the credit card and will be released in a restricted way in a few weeks. A way to manage the high demand that they anticipate so they will gradually increase the availability of the card.

Apple Card will be both a titanium physical credit card and in the form of service through the iPhone Wallet application. So that the user can leave the wallet entirely at home if he wishes.

This commitment to services is in line with Apple’s strategy that has caused them to have taken the reins of the company’s revenues at a time when the demand for the iPhone has begun to decrease.

“This has been the best quarter of June to date, driven by the historical record in service revenues, accelerated growth in wearables. Strong performance on iPad and Mac and significant improvements in the iPhone trend,” said Cook.

The main incentive to use this payment system is that Apple will provide a daily cash refund for each payment made with it. Instead of the usual reward point system implemented in the US market. Specifically, 2% of purchases in general and 3% will be returned if the disbursement is made in stores and products of the company.

Also among the improvements of Apple’s credit card is the possibility of making transfers to other contacts with a message, convert bank statements with information that is easier to identify (location on Apple Maps or color classification according to expenditure).

On the security of the credit card, Apple has explained that it has the same protection as Apple pay that it has a dynamic reference in each purchase, which makes it more complicated to violate by the third party.

Apple donated 2,500 devices to the Boys and Girls Clubs

Apple today released a press release pointing out close cooperation with the non-profit organization Boys and Girls Clubs . It involves research to find out how a club in Atlantic City uses programs and equipment from a technology giant.

Apple did not help with finance, but also with products that it produces itself. These are 2500 pieces of Macs and iPads . These facilities will also visit clubs in Alabama, Arizona, California, Connecticut, Georgia, Idaho, Illinois, Louisiana, Massachusetts, Michigan, Minnesota, New York, Ohio, Oregon, Pennsylvania, Tennessee, Texas, Washington, DC, Wisconsine and New Jersey.

Apple has made a commitment to work with clubs and other similar institutions to help them explore the potential of iPadOS and macOS devices . Competents also try to present ways that teachers can integrate coding and programming into their curricula.

Such cooperation is not exceptional for a technology society. Donation of equipment to schools or non-profit organizations is quite common and happens every year. In Slovakia, we can dream of something similar to the maximum.

You will certainly agree that the folding displays are not yet well-tuned. Although they can already be purchased from several manufacturers, they suffer from various “diseases” as well as low resistance. Apple is working on its own solution, which will be relieved of this. Now he became interested in the possibility of production.

According to the latest information, the technology company sent several pieces of folding iPhones to its main supplier, Foxconn in China . These are various prototypes that could be a reality in a few years.

We do not expect the introduction of the folding iPhone in the coming months . He whispers in the corridors until September 2022. Let’s be surprised.

The leaks have repeatedly indicated to us that Apple operates with OLED and Micro-LED technology . However, it is still not clear which one to decide at the end of the day. Each can affect the complexity of assembling the entire iPhone . The panel itself will most likely be supplied by Samsung.

Jon Prosser (probability 82.4% ) has long said that current prototypes use rounded stainless steel frames (similar to the iPhone 11). However, this may change in two years .

In the comment, write us what you think about folding displays. In your opinion, do they have a place in Apple’s offer, or are they unnecessary?

The Google Assistant is heading to Samsung Smart TVs with the Tizen system . A year ago, support for another application was added, Amazon Alexa . Today, a large expansion of voice control options has been announced. The upcoming novelty was also confirmed there.

Samsung Smart TVs already offer many options in the field of voice control. Now the Google Assistant will come to them. This will increase the possibilities. Mainly due to access to various services of the Mountain View giant , such as Photos. Unfortunately, the new application will only appear on some of this year’s models.

The Google Assistant will only go to selected Samsung Smart TVs

We know that the Google Assistant will be made available on Samsung TVs in other countries before the end of this month. Unfortunately, only for those Smart TV models that have screens with 4K and 8K resolutions and also come from 2020. Older feature models will not get, which is something to keep in mind.