In the same series, the upgrade around the camera is attracting attention, but this time new information about new technologies and functions that are expected to be adopted in the Galaxy S20 series has come out. 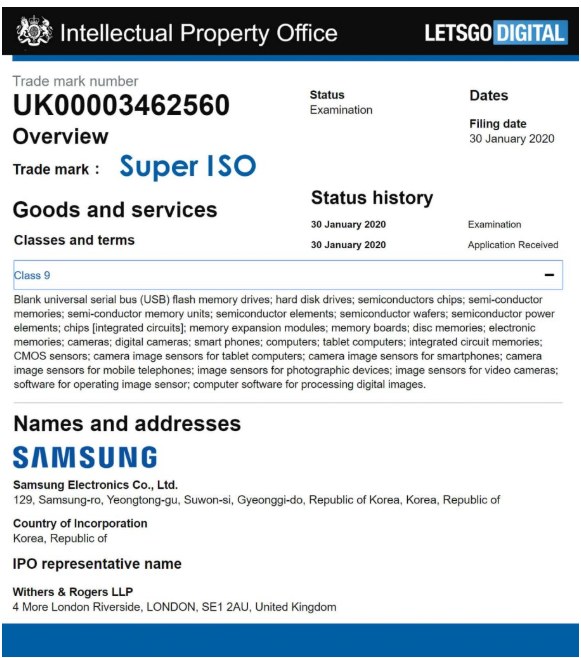 Speaking of IOS, a value that expresses the ability of a camera to capture light using the camera’s ISO sensitivity.

Increasing the sensitivity will be advantageous for shooting in dark places, but there is a trade-off that noise will increase accordingly, so it can not be said that higher or lower is always better.

However, this “Super ISO” is probably a new technology that improves the conventional dilemma to some extent, such as making it difficult to get noise even if the sensitivity is raised.

In addition, as a technology newly installed in the Galaxy S20 series, trademark registration of “Space Zoom” has been confirmed, which probably refers to a 10x optical and 100x digital zoom that a periscope type camera can enable. Seems to be

However, at the moment information says that this periscope camera is only installed on the top model Galaxy S20 Ultra.

The Future Of Blackberry On The Air: TCL Loses The Rights To Continue Selling Its Mobile