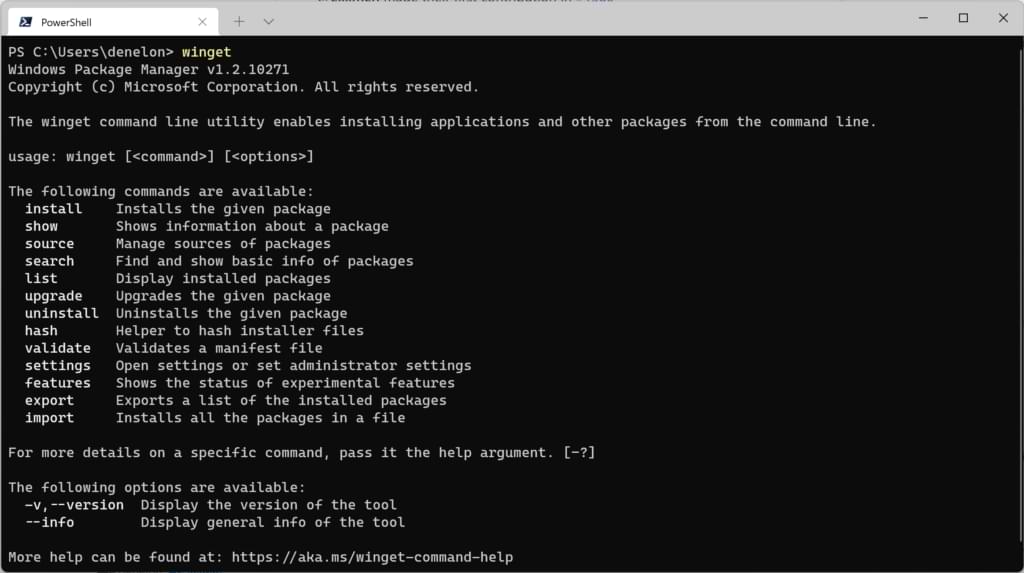 If you are aware, some time ago Microsoft updated the Windows Package Manager in Windows 10 and Windows 11 to version 1.2, where in this version there is an increase in ARM64 support.

Because it brings improvements to ARM64 support, of course, devices that use ARM64 chipsets such as the Surface Pro X, basically now Winget will run better, and will automatically download available application packages for that chipset.

In addition, there are other improvements that are presented in this version, one of which is now the winget/windows package manager, which now stores a list of error code messages or an error code list , so if an installation fails, instead of displaying a 10-digit error code for the user search on the Search Engine, now winget tries to provide details of the error directly.

And finally, in this version, local installation of manifest files is also now possible using administrator access, but Microsoft notes that users should do this under the Windows Sandbox environment first for security reasons.

How? quite a lot not an increase. If you don’t get it, you can download the Windows Package Manager on the Microsoft Store page.

How to use the Walkie Talkie feature in Microsoft Teams